Foxconn's Wisconsin factory starting production in May 2020 with just 1,500 jobs

AppleInsider
Posted: July 10, 2019 6:27PM
in General Discussion
Foxconn will launch its controversial Wisconsin factory in May 2020, Governor Tony Evers said this week, but the display and network hardware facility will only start up with 1,500 jobs. 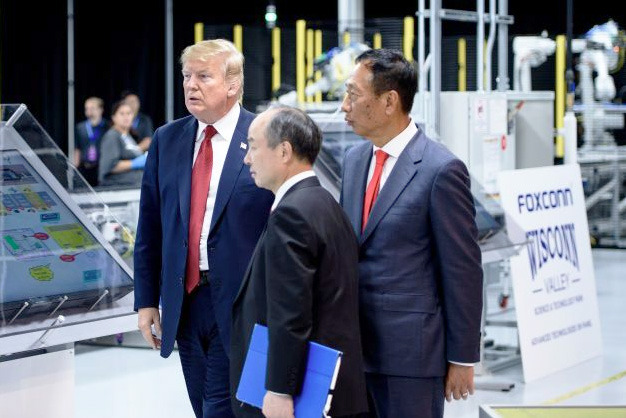 It has until 2032 to reach 13,000 workers in total, a level promised when chairman Terry Gou and U.S. President Donald Trump broke ground on the factory in June 2018. At the time, Scott Walker was state Governor.

Foxconn has radically altered its plans over time. While it was one point offering an LCD factory measuring 20 million square feet, it's instead working on a complex one-twentieth the size. Instead of making 65-inch TV panels it will instead produce smaller LCDs, as well as assemble servers and other networking hardware.

An April expose showed that much of the company's presence in Wisconsin consisted of empty buildings, or even ones still occupied by other tenants. The lack of progress has created a major political issue in Wisconsin.

Foxconn is Apple's primary assembly partner, churning out iPhones and other devices, mostly out of Chinese plants. At one point it was rumored that the Wisconsin factory might help supply Apple, but that appears unlikely.
«12»