AppleInsider
Posted: December 17, 2019 2:42PM
in Current Mac Hardware
iFixit has performed a complete teardown of the new 2019 Mac Pro, highlighting how easy it is to access various components when the time comes to repair or replace them. 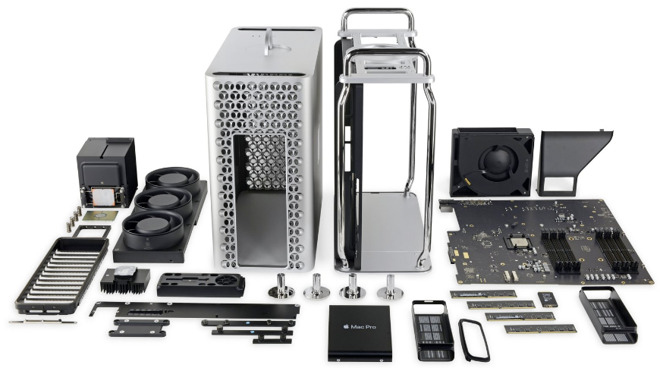 A few key things uncovered by iFixit have shown that Apple has truly tried to make the Mac Pro a reparable, upgradable, and sustainable machine.

The case quickly lifts off with no proprietary screws or adhesive. Upon removal, power to the machine is cut off for safety. 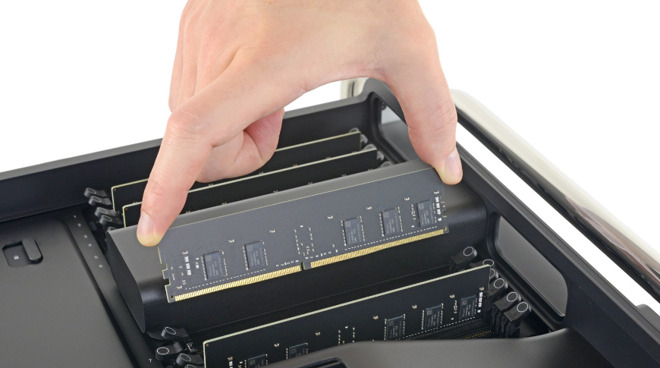 The RAM requires no tools to replace | Image Credit: iFixit

iFixit has also uncovered just how easy it is to replace the RAM, and the process requires no tools. Additionally, the repair firm praises the handy diagram that showcases which DIMM slots can be populated with different amounts of memory.

Inside the machine, it turns out many of the parts are labeled with numbers, indicating in what order they should be repaired. 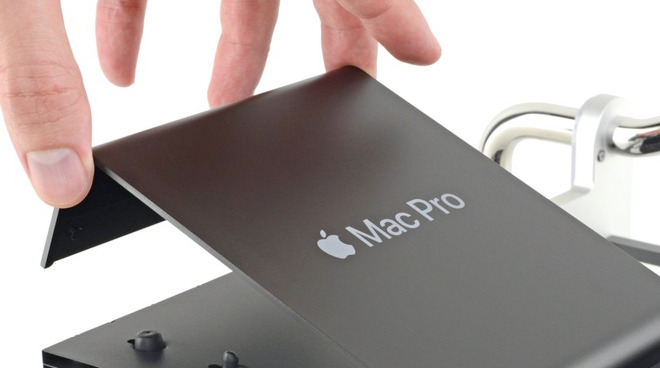 Due to the nature of the Mac Pro's modular design, iFixit has given it an extremely high repairability score - a 9 out of 10. For many repairs and upgrades, users won't need any tools, and for the repairs that do, a basic repair kit is all that is needed.

The only major deduction to the repair score came with the solid-state drives. The SSD are slotted and modular, but they're also linked to the T2 security chip. In the event an Apple-provided SSD needs to be removed and replaced, users need to get it done at an Apple Authorized Service Provider.