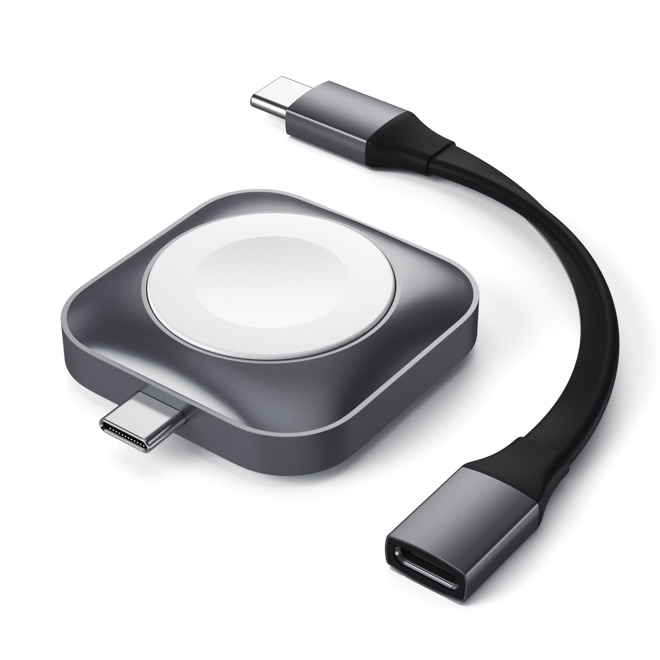 The new charger -- The "USB-C Magnetic Charging Dock for Apple Watch" -- is a small, aluminum puck with a USB-C adapter protruding from one side. This allows users to plug the charger directly into any USB-C port, though it also has an included USB-C extension cable for more reach.

Very few, if any, third-party USB-C chargers for Apple Watch have come to market -- let alone one with a detachable cable. 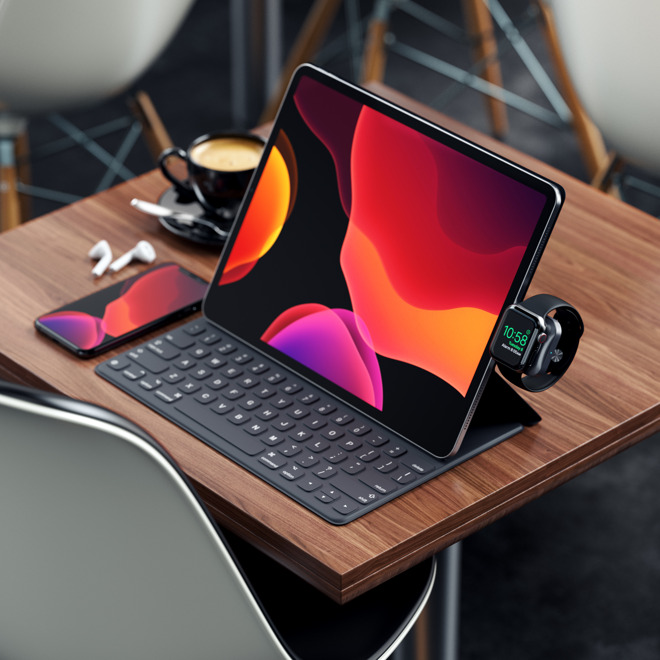 With or without the cable, this charger lets Apple Watch accumulate charge when connected to an iPad Pro or a recent MacBook. This gives potential users an alternative way to recharge the Apple Watch while on the move, without resorting to searching for an outlet or using a separate power bank.

The new Satechi USB-C Magnetic Charging Dock for Apple Watch is available starting today for $44.99 from Satechi directly. Through December 26, shoppers can save 20% by using promo code GIFTSATECHI. Apple offers its own USB-C charger for Apple Watch in 1 meter and 0.3 meter lengths for $29, though it lacks the removable cable element.