AppleInsider
Posted: January 29, 2020 9:44PM
in General Discussion edited January 2020
The Unicode Consortium on Wednesday announced 117 new emoji that will be added to platforms like Apple's iOS and macOS later this year. 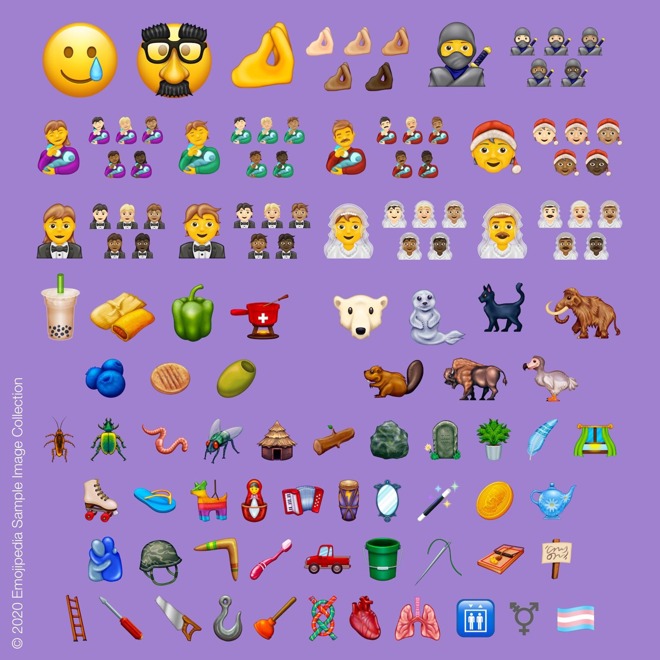 The 117 new emoji approved for release in 2020. Image from Emojipedia.

Additions this year include many new gender-inclusive characters such as an alternative to Santa Claus and Mrs. Claus called "Mx Claus," a man with veil and woman in tuxedo. New animal options like black cat, mammoth and bison will also make an appearance. New food emoji include a bell pepper, flatbread and a tamale.

A full list of Unicode's emoji additions, including previews, was published by Emojipedia. As usual, the images are glossy versions done in Apple's style, but the tech giant's final iterations will likely be reproduced in a different style. 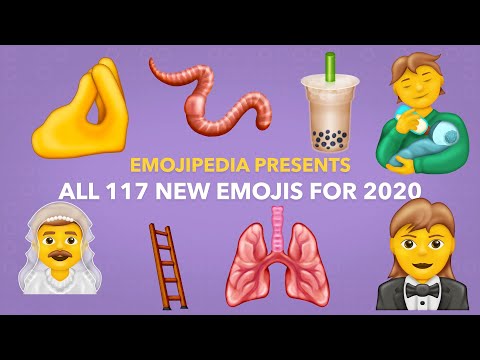 Emoji have become an important facet of communicating across iOS and other platforms. As such, Apple sometimes turns the characters into Animoji for use in the promotion of new products like Clips. Earlier this year Apple added the ability to engrave AirPods using a special emoji font.