AppleInsider
Posted: February 24, 2020 1:00PM
in General Discussion edited February 24
How the circumstances of Steve Jobs's birth, and his decisions over education, would shape both his entire life -- and then the entire world through the creation of Apple and the Macintosh. 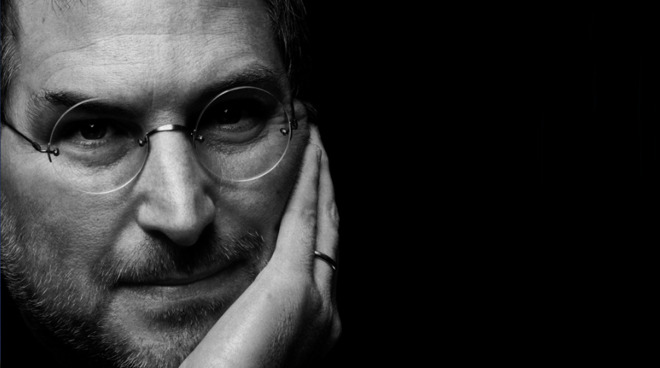 The Apple co-founder Steve Jobs was born on February 24, 1955, and brought up by his adoptive parents, Paul and Clara Jobs. While he would later dismiss the idea that the circumstances of his adoption had any influence on him, he was born straight into a dispute over a deal, and startling signs of his later strengths and weaknesses were there from his early years.

His mother, Joanne Schieble, had wanted him to be adopted by a college-educated couple, but that didn't happen. She and his father, Abdulfattah "John" Jandali, had left their home in Wisconsin specifically so that Jobs would be born in San Francisco -- where an adoption was arranged.

The arrangement was made by what Jobs' biographer Walter Isaacson calls "a kindly doctor," but there was a problem. Jobs was a boy. The lawyer and his wife who had arranged to adopt him, decided they wanted a girl instead, and so pulled out of the deal.

This doctor found an alternative couple, but Jobs's mother reportedly held out for weeks after the birth, refusing to sign the necessary paperwork. She ostensibly did so because Paul and Clara Jobs were not college-educated, but there was another reason.

In truth, Schieble and Jandali did not actually want to give up their son. Her Wisconsin family had objected to the idea of their marrying, but her father was ill. She held on to the paperwork as long as possible in the hope that he would die, and she would be able to marry Jandali.

Her father did die -- and she did marry Jandali -- but not until after she had finally signed the adoption papers. Schieble made it a condition of the adoption that Paul and Clara Jobs would open a college fund for the boy.

In later life, both friends and colleagues of Steve Jobs would put some of his more difficult behavior down to how he had been adopted, and that this had made him feel abandoned.

Andy Hertzfeld, co-developer of the Mac, is one of those who attributed Jobs's occasional cruelty to this. "That goes back to being abandoned at birth," he told Isaacson. "The real underlying problem was the theme of abandonment in Steve's life."

Ex-girlfriend Chrisann Brennan, gave the same reason for why Jobs originally denied being the father of their child, Lisa Brennan-Jobs. "He who is abandoned is an abandoner," she said.

Jobs himself vehemently denied this throughout his life, however, calling Paul and Clara Jobs "my parents 1,000%."

He still wasn't above putting his adoptive parents under pressure, although they were hardly easy on themselves, either. While they were saving for his college fund, they also moved house to get him into a better school.

Consequently, Steve Jobs grew up in a single-storey ranch house at 2066 Crist Drive in Los Altos, California, which put him in the Cupertino school district. And was just four miles from where he would eventually found Apple Park.

It would be at Homestead High School there that he would first start meeting up with Steve Wozniak, and would begin making more connections within Silicon Valley.

But it was college that may have been more key. This time it was his choice of where he wanted to go, and it was an expensive one. Steve Jobs insisted on going to Reed College in Portland, Oregon, and he insisted on it despite the fees being difficult for his family.

However, in what may have been an early example of his total determination on one route, followed by an about-face, and insistence on a different idea, Jobs then dropped out of Reed College.

He later said that this was in part because of the financial strain on his family, that he hadn't felt right making them spend all their money. But it was also because he didn't like the classes.

Apple Park is a ten-minute drive from where Steve Jobs grew up.

And in what is surely an early example of his ability to get people to do what he wanted, Jobs persuaded Reed College to let him carry on there. He had no mandated classes, yet he was allowed to continue living on campus, and was actively encouraged to drop in to any class he was interested in.

Whether his adoption did or didn't cause feelings of abandonment, and whether his "reality distortion field" did or didn't begin at Reed College, one thing certainly started there.

It was because he could take any class he wanted, that Steve Jobs sat in on ones about calligraphy and typography.

He was already reading, he said, "more outside of just science and technology," and by this stage was steeped both in computing and the liberal arts.

You can't pin down a man's life to how he was born, and what he studied. However, you can trace the Macintosh and the whole of Apple to the combination of nature and nurture that Steve Jobs was exposed to in his early years. And on what would have been his 66th birthday in 2021, Tim Cook acknowledged this once more in a tweet.

Celebrating Steve on what would have been his 66th birthday. Especially in a year where so much kept us apart, technology brought us together in limitless ways. That's a testament to Steve's life and the legacy he left, which continue to inspire me every day. pic.twitter.com/4nluynVjFF