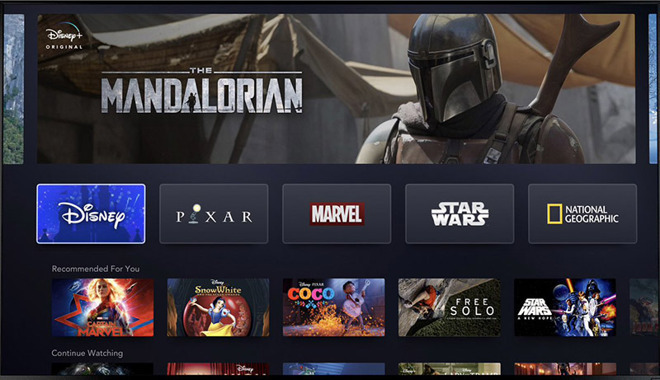 The massive uptick in subscribers -- some 21 million additions in about two months -- comes on the heels of an aggressive expansion into Europe and India. Disney+ launched in Austria France, Germany, Ireland, Italy, Spain, Switzerland and the UK over the past two weeks, according to the report.

In India, the service launched as a beta on March 11 ahead of wide availability on April 3. The country already accounts for 8 million of Disney's 50 million paying subscribers.

Disney initially set a goal of 60 million to 90 million global subscribers by the end of its fiscal 2024, meaning the service is well exceeding internal projections.

"We're truly humbled that Disney Plus is resonating with millions around the globe, and believe this bodes well for our continued expansion," said Kevin Mayer, chairman of Walt Disney Direct-to-Consumer & International. "Great storytelling inspires and uplifts, and we are in the fortunate position of being able to deliver a vast array of great entertainment rooted in joy and optimism on Disney Plus."

Disney+ debuted in November with a mountain of content, including access to Disney, Pixar, Marvel Universe, Star Wars and National Geographic movies and shows, as well as hotly anticipated originals like "The Mandalorian."

Apple TV+, Apple's streaming service that dishes up original series and specials, launched that same month. The Cupertino tech giant has yet to detail subscriber numbers, though CEO Tim Cook in January said the service is off to a "rousing start."