AppleInsider
Posted: July 30, 2020 6:35PM
in General Discussion
Internal emails provided to the House Judiciary Committee as part of its antitrust probe indicate that there is some debate and uncertainty surrounding Apple's position on the "right to repair." 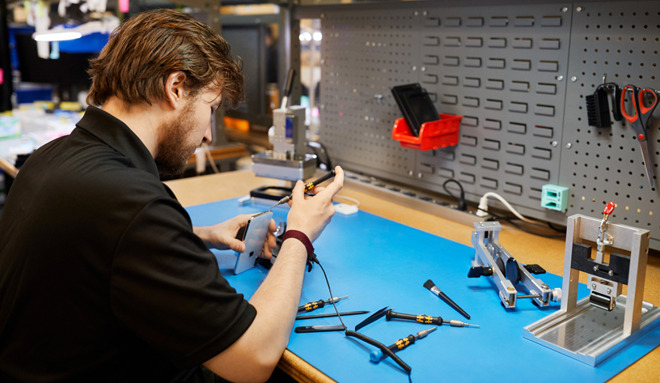 Apple has historically opposed "right to repair" legislation, which would force manufacturers to provide repair manuals and parts to the public, across the globe. The company cites concerns about consumer safety and device security.

As part of its compliance with a U.S. House antitrust investigation, Apple handed over a slew of internal emails and discussions. Although Apple CEO Tim Cook wasn't questioned about repairs, those emails do show some internal division on the subject over in Cupertino.

In March 2019, Apple published two extensive repair manuals for the 21.5-inch iMac 4K and the 27-inch iMac 5K. Repair vendor iFixit writer Whitson Gordon noticed the manuals at the time, and reached out to Apple to clarify if their publication meant anything.

Although Apple didn't respond to Gordon's request for comment, the inquiry apparently sparked a debate within Apple, as noted by internal memos and communications unearthed by the U.S. House Judiciary Committee and spotted by repair site iFixit.

"What's our repair strategy?" reads one Apple PR memo. "Right now, it's pretty clear things are happening in a vacuum and there is not an overall strategy. Plus, with one hand we are making these changes and the other is actively fighting Right to Repair legislation moving in 20 states without real coordination for how updated policies could be used to leverage our position."

Those two repair manuals, were were uncharacteristically in-depth and extensive, were reportedly published so that Apple could earn points on an EPEAT green certification. The company's Environmental Technology team even wanted to release other manuals, including one for the iPhone, down the road.

As of a result of Gordon's inquiry, Apple PR mulled taking those manuals down, internal communications show. One PR spokesperson said "we think it's important to have a decision about what our strategy is and executive against that direction."

That internal right to repair memo concludes by asking a question: "How should our public position on Right to Repair change to take into account the updates we are making - should we connect the dots or try to keep everything separate?"

Other internal discussions were sparked a month after that when The New York Times began investigating Apple's stance on "right to repair."

"The larger issue is that our strategy around all of this is unclear. Right now we're talking out of both sides of our mouth and no one is clear on where we're headed," wrote Apple's vice president of communications.

Apple's VP of marketing, Kaiann Drance, eventually spoke with the Times' Binyamin Appelbaum. Apple PR eventually wrote that Drance "did a great job and emphasized the need for a thoughtful approach to repair policy because of how important it is to balance customer safety with access to more convenient repairs."

The Times eventually published an editorial that concluded that "there ought to be a law" against companies forcing consumers to repair devices only at their own facilities.

Apple's position on the matter may be undecided because of the company's other public stances, including its focus on sustainability. In Apple's latest Environmental Progress Report, for example, the company writes about the importance of repair, reuse and serviceability.

In recent years, the company has taken steps toward making repairs easier to obtain for consumers. In 2019, Apple launched a new repair program for independent shops, and has offered subsidies and other resources for Authorized Service Providers during the COVID-19 pandemic.