AppleInsider
Posted: December 17, 2020 6:22PM
in General Discussion edited December 2020
A judge has ordered Apple to produce documentation from Tim Cook and Craig Federighi for the Apple versus Epic lawsuit. 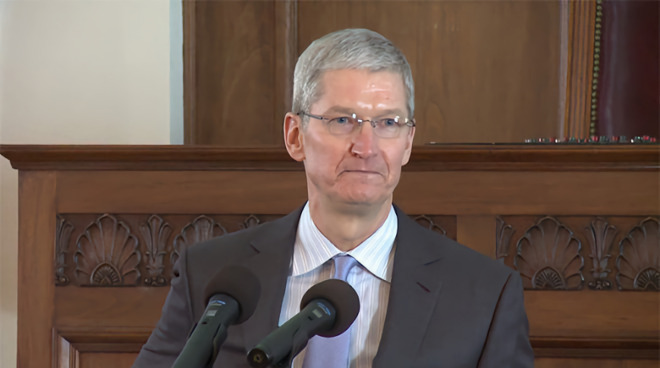 The Apple versus Epic lawsuit continues as publicly filed court documents tell us a bit more about the upcoming trial. Epic wants Apple to produce extensive documentation surrounding the App Store and its operations, but there has been some deliberation as to how extensive this data needs to be, and who will present it.

The document filed states that Apple will have a large burden placed on them to gather much of what Epic is asking for. The court sides with Apple here stating that Epic need not ask for more amplifying data unless absolutely necessary.

The most important part of the court filing is who's going to be made available to represent Apple. Epic has requested that Tim Cook and Craig Federighi provide deposition for the hearing.

Apple says that Tim Cook will be available, but requests his deposition be limited to four hours. Apple also requested that Erik Neuenschwander, who reports to Craig Federighi, be present instead.

The judge denied both requests, stating that Tim Cook's time limitations will not be determined until Epic receive all the proper documents from Apple. The request for Neuenschwander was also denied, with the judge reasoning that if Epic sees Federighi's leadership position over all iOS as more significant, then it is on Epic if they are wrong about Neuenshwander's significance.

The next deadline for court filings is January 6, 2021 to discuss expert declarations, with a hearing on January 8. This is just another small step forward as we await the next hearing set for July 2021.

Updated December 18, 7:06 AM ET with more details, and clarity on deposition

Apple Versus Epic - Federighi Must Testify by Mike Wuerthele on Scribd