AppleInsider
Posted: January 22, 2021 3:35PM
in General Discussion
A German developer and lobbyist has filed a complaint with the EU, claiming that both Apple and Google are unfairly rejecting apps with coronavirus themes. 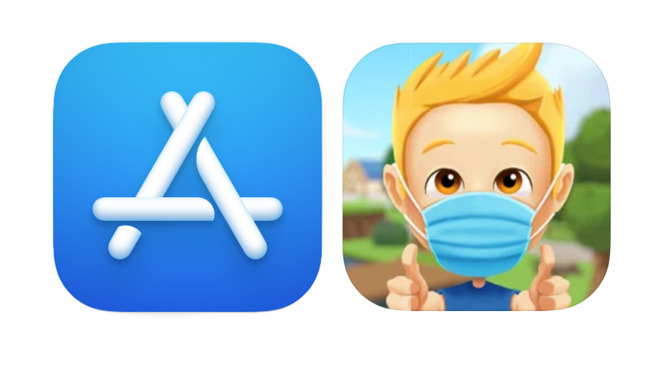 Developer's rejected coronavirus app was accepted after being renamed

As Apple faces one lawsuit claiming it wants a monopoly on contact-tracing apps, another developer is accusing both Apple and Google of unfair competition. The new complaint says it is an antitrust issue that the companies are rejecting any COVID-related apps, including games.

German developer Florian Mueller -- who is better known as a lobbyist and blogger on legal issues -- reports that he submitted an app named Corona Control Game in November 2020. Both the Apple App Store, and Google Play Store, rejected it.

It's not clear whether either company formally told Mueller why it was rejected. However, Apple has stated before that it will not allow any COVID-19 apps on the App Store unless they are officially-approved ones from governments and health authorities.

According to Reuters, Google has responded that, too, it will only approve COVID-19 apps that are authorized.

"The stated goal of 'ensuring the credibility of health and safety information' does not justify blanket rules based on authorship or merely the combination of a broad category and a topic," argues Mueller in his complaint.

Mueller has now filed complaints about this with the US Department of Justice, and also antitrust authorities in Australia, the UK, the Netherlands and Germany. A further complaint is expected to be filed in India.

In the meantime, Mueller reports that he has renamed the app to "Viral Days," and that it has been accepted by both stores.