AppleInsider
Posted: January 27, 2021 7:02PM
in General Discussion edited January 27
Apple will move a significant portion of its iPad production to Vietnam as part of a continuing effort to diversify its supply chain, a new report claims. 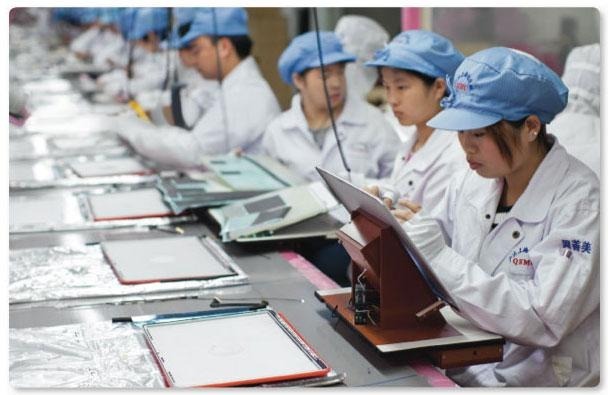 A report from Nikkei indicates that Apple is planning to shift production of a "significant number" of iPads to Vietnam. One source at Apple supplier Foxconn said that the production shift could start as early as mid-2021, marking the first time that the company has made a major portion of its tablets outside of China's borders.

This is one of several moves showing Apple is serious about moving beyond China. Apple has also ramped up production of the iPhone in India and will soon produce the iPhone 12 there. The report also says Apple will increase production capacity for smart speakers, earphones, and computers throughout Southeast Asia.

One source said that Mac mini production has already been moved to Malaysia. Apple may move parts of its MacBook production to Vietnam later in 2021, and the Nikkei report also highlights Apple's existing footprint in Vietnam aimed at AirPods nd HomePod mini production.

"Apple and many other tech companies all want out-of-China production capacities, and that has not slowed even though the U.S. has a new president," one supply chain manager said. "And they are studying not only peripheral products. Apple, for example, aims to build capacity in new locations -- mostly Southeast Asia nations -- for multiple core products, such as iPhones, iPads, MacBooks, AirPods and others. It was hard to imagine that two years ago, but now, nothing is impossible to shift."

One major issue with Apple's reliance on China was revealed by the coronavirus in 2020. As China shut down, so did many of Apple's supply lanes. Apple's complex supply chain and ability to move things around quickly saved them from major losses, but the pandemic underscored Apple's dependence on the country's manufacturing capabilities. The political landscape also affects Apple's reliance on China, despite hopes that a new presidential administration could ease tensions between China and the U.S.

The report on Wednesday comes about two years after Apple was said to be considering a shift of at least 15% to 30% of its production capacity beyond China. Nikkei's sources suggest that the shift is already underway.