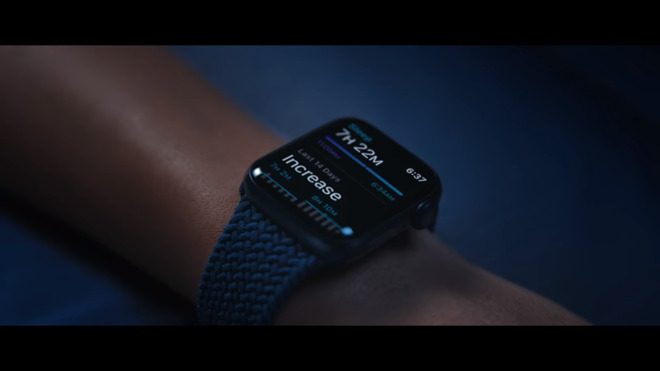 The first ad depicts a woman using the Apple Watch to improve her sleep quality and utilizes surreal melting effects to drive home the point.

"The Sleep app helps me establish a bedtime routine," she says. "By silencing my phone and setting the mood."

The ad also highlights features such as heart rate tracking and the Apple Watch Series 6's blood oxygen sensors, which can be used to track the length and quality of a wearer's sleep.

The second ad depicts a woman using the Apple Watch Series 6 to track her workouts while underwater.

"The Workout app tracks all my workouts and knows how many laps I've done, how many calories I've burned, and knows how far I've gone," she says. "Even in open water."