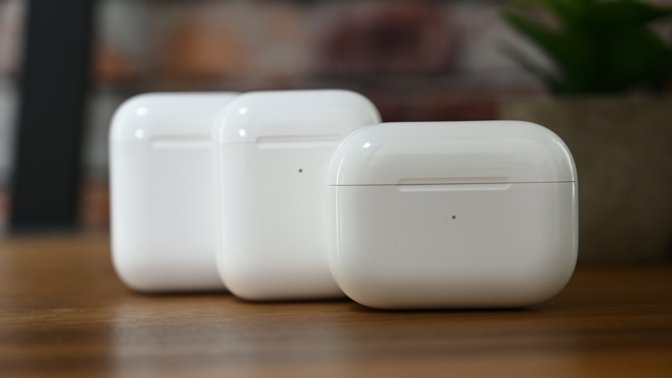 New firmware is available for the AirPods and AirPods Pro

The update replaces the previously available firmware, build number 3A283 for both models. This marks the sixth firmware update Apple has issued for the AirPods Pro since launch.

Apple hasn't provided any details for this update, but it may address issues with the automatic device switching feature. The update may also include compatibility with the new 24-inch iMac and iPad Pros. The update was first spotted by MacRumors.

The new firmware is installed automatically for users, with no mechanism on offer to manually force an update to take place. So long as the AirPods or AirPods Pro are in the charging case and connected to an iOS device, the firmware will install by itself.

AirPods users can check the current firmware for their audio accessories within the Settings app, selecting General, then About, then select their device from the menu.
«12»