AppleInsider
Posted: September 11, 2015 11:40PM
in iPod + iTunes + AppleTV edited September 2015
A video posted to YouTube on Friday claims to show the first unboxing of Apple's fourth-generation Apple TV set-top box with included Siri Remote, a device not due out until October.

Andru Edwards of GearLive got his hands on what appears to be a legitimate production version of Apple's just-announced Apple TV, complete with packaging and accessories, which he proceeded to unbox on camera.

Since Apple already posted a glut of high-resolution photos to its website, not to mention the extensive device overview and demonstration provided at Wednesday's special event, today's video fails to provide much in the way of new information. Edwards also does not connect the device to an HDTV or power it on, which would have given insight into how the box operates outside of Apple's optimal demo conditions.

What can be gleaned from the four-minute video below is confirmation of what Apple announced two days ago. The device comes packed with a Siri Remote, Lightning cable (sans wall charger) for charging said remote and a black power cord. The Siri Remote is constructed out of aluminum with a glass touchpad and what sounds like tactile "clicky" buttons. Also present are two microphones, one embedded in the touchpad and another on the remote's back. 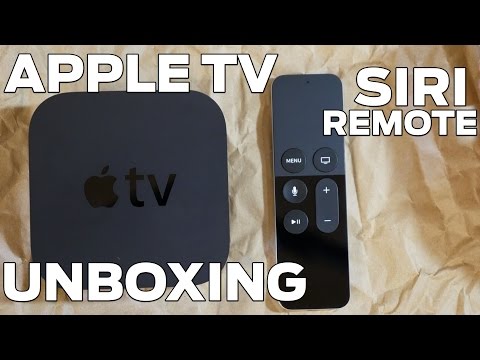 Apple is slated to launch the new Apple TV with Siri Remote in October. A version with 32GB of storage will sell for $149, while a larger capacity 64GB variation will go for $199.
«123»