AppleInsider
Posted: August 16, 2017 4:14PM
in iPhone edited December 2019
The iPhone 7 and 7 Plus held on as the world's most popular smartphones in the June quarter, according to research data published on Wednesday, handily relegating Samsung's newer Galaxy S8 flagship to third place. 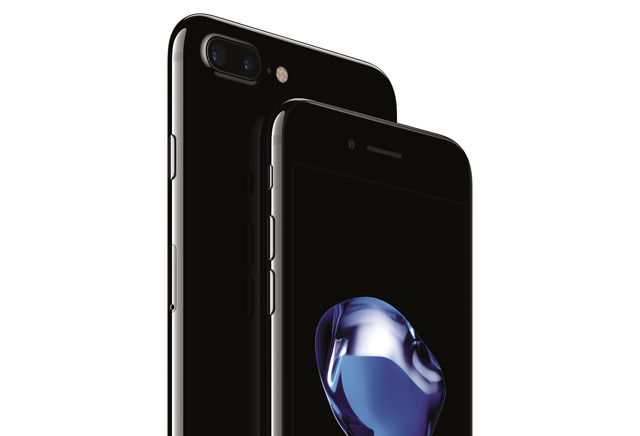 Apple shipped an estimated 16.9 million units of the iPhone 7, and 15.1 million of the iPhone 7 Plus, Strategy Analytics said. Respectively the products captured 5 and 4 percent of the market.

The Galaxy S8 saw about 10.2 million shipments, while the 6.2-inch Galaxy S8+ managed 9 million. The next closest competitor was Xiaomi's Redmi 4A, which managed 5.5 million. 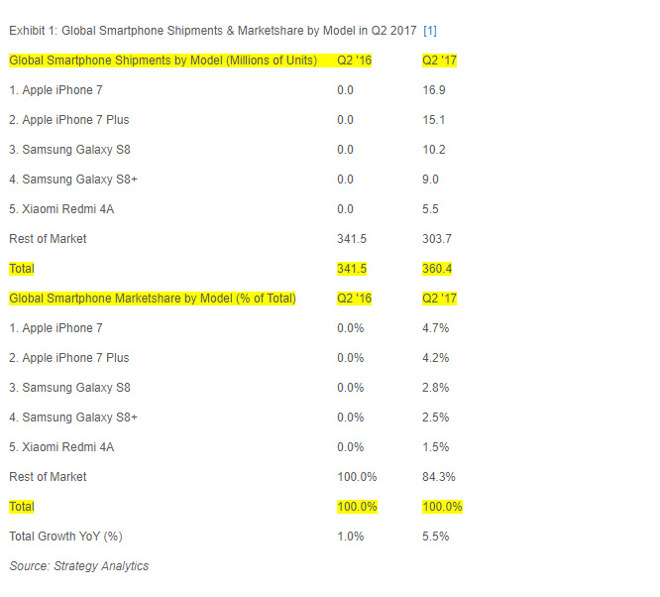 Apple is thought to be on the verge of announcing three new iPhones: the OLED-equipped "iPhone 8,", and more conventional "iPhone 7s" and "7s Plus" models. Broader iPhone sales will probably suffer until those products are released.