AppleInsider
Posted: February 27, 2018 4:30PM
in iOS
Google has released its first beta of Flutter, a mobile user interface framework that intends to help developers create interfaces for their apps on iOS as well as Android smartphones, a toolkit that could speed up and simplify cross-platform app development.

Announced at Mobile World Congress, the beta 1 release of Flutter brings a more refined version of the software development kit to developers compared to its alpha release from last year. The toolkit acts as a middleware layer, allowing developers to create code that can be run on a variety of different operating systems, extending the app's reach to multiple platforms.

Developers create the code of the app in Dart, which is then passed through Flutter's rendering engine and framework, with both tools used to make the code work on each platform natively. The engine is shipped as part of the app package, along with the developer's code, which is used to run the app on the target device, like an iPhone or an Android tablet.

According to Google, Flutter is meant to be used for "high-velocity development," with its reactive framework and stateful Hot Reload allowing developers to quickly see the changes to the app as they are coding it. Rich animation libraries, composable widget sets, and an extensible architecture is also touted, as well as high app performance through the use of a GPU-accelerated renderer and native ARM code runtime. 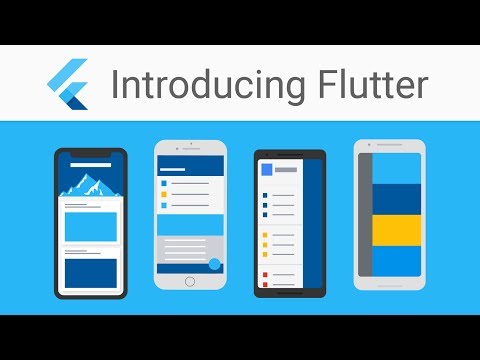 Since the alpha release last year, a number of features have been added to Flutter to make it more useful for iOS development, including support for the iPhone X and iOS 11. Other additions include accessibility features like screen reader support, image format support, the background running of code, and assorted localization and internationalization changes.

The tools have also been updated with support for Android Studio and Visual Studio Code, with the addition of improved stateful hot reloads and a widget inspector for browsing the widget tree. As part of the beta, the framework also works with a pre-release of Dart 2, Google's own programming language, which boasts improved support for declaring UI in code.

It is claimed Flutter has already been used in production apps with millions of installs, including those included in the App Store. Hamilton: the Musical is highlighted as a major app using the framework, and with over 1,000 packages declared to support with Flutter that developers can use to enhance their projects.

Google's plans for the 1.0 release of Flutter are said to include improving stabilization of the framework and scenario completion, with new betas expected every four weeks until the milestone release.
«123»