AppleInsider
Posted: April 18, 2018 11:37AM
in iPhone edited April 2020
Apple may be close to announcing a follow-up to the iPhone SE, after the discovery of a regulatory filing reveals details and images for unannounced mobile devices from Apple, effectively confirming new iPhones will be on the way in the near future. 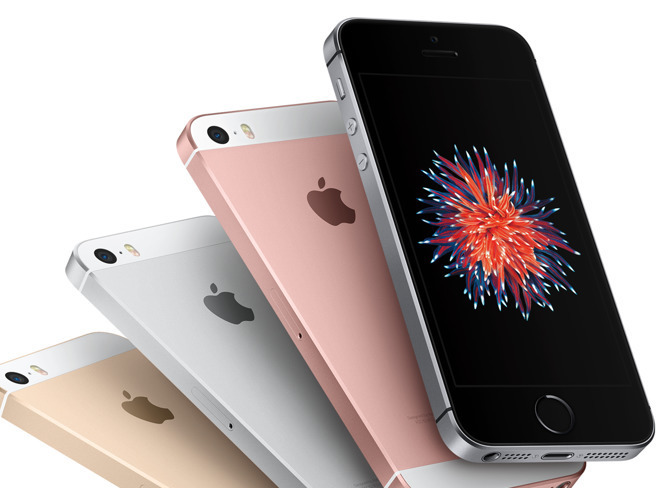 The filing by the Eurasian Economic Commission (EEC), which authorizes devices for a number of countries including Russia and Armenia, shows it has given the all-clear for a number of iPhones to go on sale. The information in the filing does not specify model names, but rumors and the timing of the filing strongly point to another iPhone SE launch.

Few other bits of useful information are offered in the filing, but it is noted the listed iPhones will ship running iOS 11. It is likely this is shorthand to refer to iOS' main generational release, and the iPhones themselves will ship with a more recent version, such as iOS 11.3. 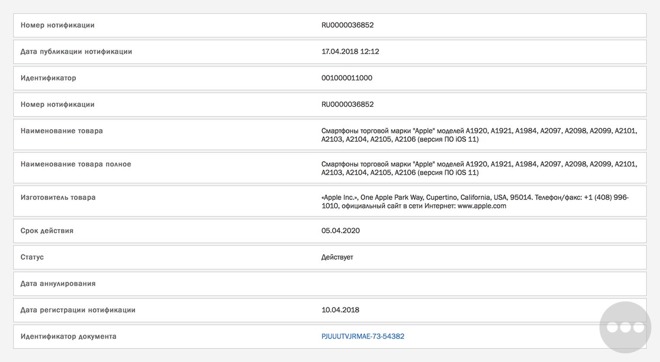 The iPhone SE was launched on March 21, 2016, making it a two-year-old smartphone that is probably due to be upgraded soon. It was also launched separately from the main iPhone releases, which are typically revealed in the fall, so a spring unveiling for the "iPhone SE 2" is logical, assuming a two-year replacement cycle.

The regulatory agency has a 100 percent accuracy in providing model information, and a minimum of solid data, about Apple's new releases. The filings are made public either just a few days before release or weeks. The "Field Trip" sixth generation iPads were heralded by the regulatory agency about two weeks before the event.

Rumors about an "iPhone SE 2" started cranking up in November, with allegations that it would ship in the first half of 2018 and be manufactured by Wistron in India. More recently, reports suggested that the device would have a glass back, to facilitate Qi charging, like the iPhone 8 family and iPhone X.

Other rumors claim that the "inexpensive smartphone similar to the iPhone SE" will skip "3D sensing," but what that refers to in the rumor is unclear. The existing iPhone SE lacks 3D Touch and any follow-on may as well, but it may also be referring to the TrueDepth camera system at the core of Face ID.

A different report claims that the "iPhone SE 2" will come with the A10 processor, and 2GB of RAM, with 32GB or 128GB storage configurations. When the iPhone SE launched, it had the same processor as the iPhone 6s -- the A9. If Apple is looking at a design philisophy similar to the original iPhone SE, the "iPhone SE 2" may have the A11 Bionic, as debuted in the iPhone 8 and iPhone X.
«12»