AppleInsider
Posted: October 20, 2018 12:35PM
in iOS edited October 2020
One of the potentially bothersome aspects of iOS is how hard it can be to tap your cursor exactly where you want it when typing or trying to copy or paste media. It's relatively easy to get around the issue, and with iOS 12, the solution is no longer limited to 3D Touch devices or multi-finger gestures. 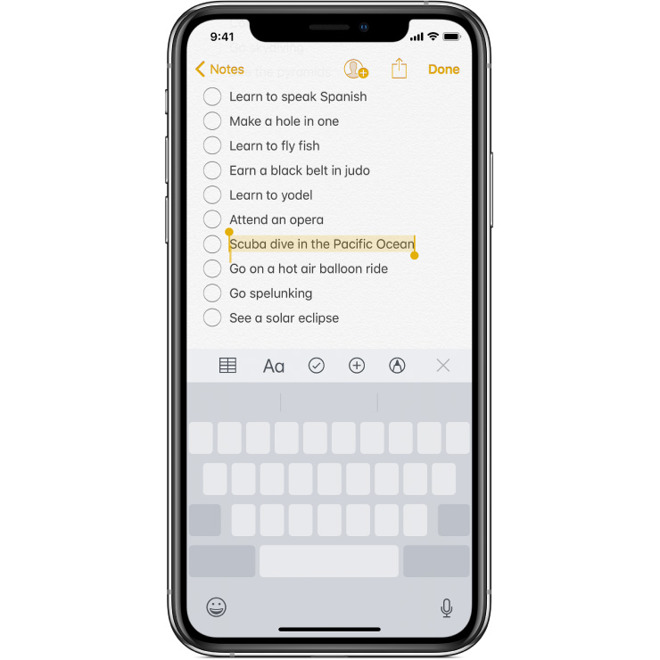 This isn't strictly a new feature in iOS 12, but given the volume of emails we've gotten about it, coupled with forum discussions mentioning it, we thought we'd bring it up again.

If your device has 3D Touch -- which includes most iPhones since 2015's iPhone 6s -- you can hard press the keyboard whenever it's present onscreen, turning it into a makeshift trackpad. If you have an iPhone SE or iPhone XR with iOS 12 -- both of which lack 3D Touch -- you can now long-press the spacebar to invoke the same trackpad.

To select text while in trackpad mode, move the cursor over a desired word and press firmly or long press to highlight. Release pressure and drag up or down to select larger blocks of text. Alternatively, performing two consecutive deep presses without moving your finger expands the selection to an entire sentence, while three presses selects a paragraph. The usual contextual menu with options for cut, copy, paste, font and define is invoked by tapping on the now highlighted text.

The spacebar method is available on all iOS devices, including iPads. iPad owners can also make use of an existing gesture in which they place two fingers on the keyboard simultaneously.
«12»