AppleInsider
Posted: February 15, 2019 9:14PM
in iPhone
Perhaps signalling that it's embarking on a broader campaign, Apple has released a second ad promoting Depth Control on the iPhone XS & XR, "Bokeh'd." 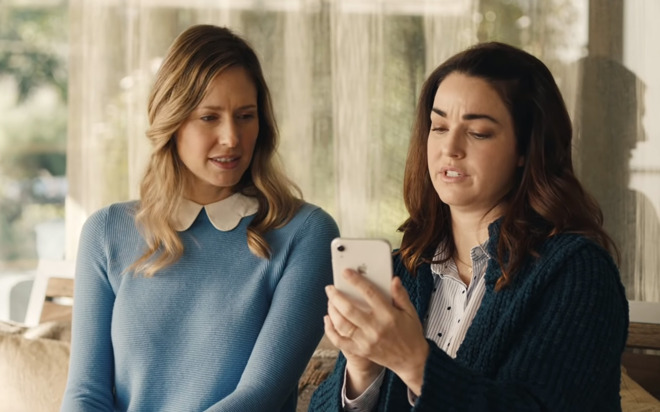 The spot features a trio of mothers talking while their kids are out playing. One of them shares a photo of her son, only to be met with indignation at another child being blurred out by Depth Control. The first woman shows that the child can be "unbokeh'd" at will.

The first ad debuted earlier this month, and featured someone using Depth Control to blot out the realities of New York City.

The current generation of iPhones marks the first time Portrait Mode has been available on models below the most expensive options. The XR is moreover the first single-lens iPhone to offer it, using algorithms alone to calculate depth. While the mode has been around since 2016, it was previously restricted to dual-lens cameras. In that case a telephoto lens captures the subject while a wide-angle lens snaps the broader scene, using that as a reference point.