AppleInsider
Posted: July 23, 2019 3:37PM
in Future Apple Hardware edited June 2020
Apple's release window for a possible 16-inch MacBook Pro has been narrowed down, with a new supply chain report suggesting that the screen with be LCD rather than OLED. 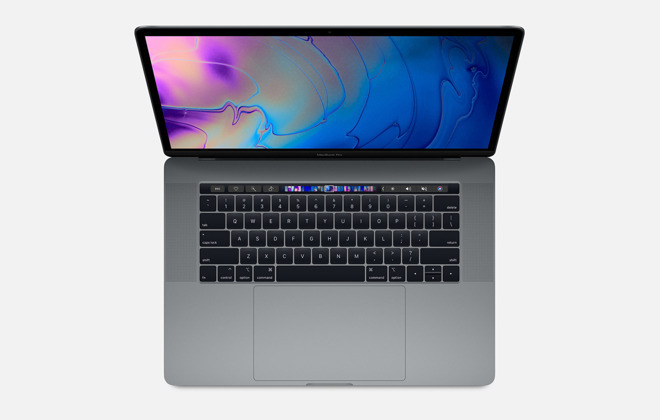 The 16-inch screen is again said to be a LCD model, running at 3072 pixels wide, by 1920. Assembly duties are said to be performed by Quanta and Foxconn. Should the new model have the same pixel density as the existing MacBook Pro, that suggests the screen is approximately a 16.4-inch display on the diagonal.

Any such device would have to be at some point in the manufacturing process now. Prior to the 2016 MacBook Pro, milled shells of the new case enclosure started appearing in April, for the October refresh.

At present, it isn't clear if the report by UDN is uniquely sourced, or a repeat of previous predictions by Ming-Chi Ku or other venues. UDN also believes that the model will come in starting at about NT$90000, over $3000.

The publication is often accurate with details from the supply chain. However, it doesn't have a good track record with Apple's specific product plans. Casting doubt on this particular report is the suggestion that Apple will update the MacBook Air and 13-inch MacBook Pro again in 2019 at some point.

If true, the MacBook Pro line will see its first significant bump in display size since Apple discontinued the 17-inch model in 2012. Currently, the largest MacBook Pro on offer features a 15-inch Retina display packing a resolution of 2,880-by-1,800 pixels.

A June filing spotted at the Eurasian Economic Commission (EEC) regulatory website listed seven models prior to the July refresh of the MacBook Air, and MacBook Pro with two Thunderbolt 3 ports. Three model numbers remain that haven't been taken by the July releases.
«123456»