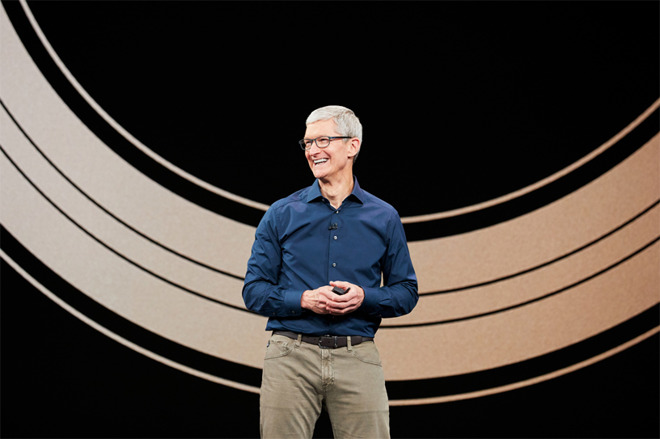 The new filings with the EEC found by AppleInsider are all registered to Apple as devices running macOS 10.15, iOS 13, and watchOS 6.

As a general rule, the EEC filings only include portable products, but we have seen the iMac and the Mac mini crop up from time to time. Apple's 15-inch MacBook Pro lineup and the MacBook Air have already been refreshed in 2019.

The most prevalent Mac product rumored for a fall release is a 16-inch MacBook Pro.

There are two listings filed under iOS 13, with two products in one listing labeled as A1574 and the other as A2178. It isn't clear at present why these are discrete from the larger second listing. Previous listings have specified "iPad OS" and "tvOS" as categories, with five models spotted in July, so they are unlikely to be new iPads.

The new iOS device model numbers that the EEC has not previously reported, spanning both iOS listings revealed on Wednesday and previous submissions are: The filing volume on Wednesday is greater than the one that ultimately had the iPhone XR, iPhone XS, and iPhone XS max in 2018, with the older one having 21 models with some also refreshed in a similar fashion to Wednesday's post. 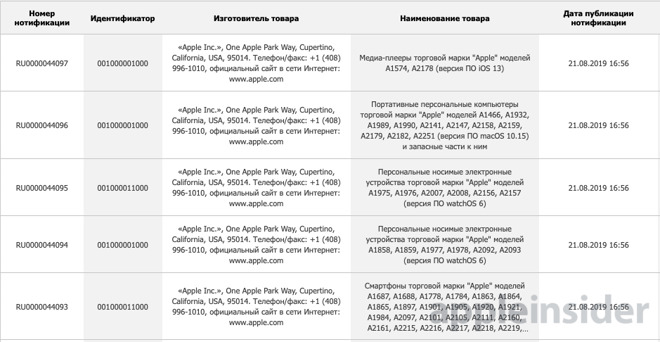 Apple's filing with the EEC on August 21

The filings with the EEC are legally required for devices to be sold with encryption-related elements in Russia and other countries, including Armenia, Belarus, Kazakhstan, and Kyrgyzstan. While they do not provide specific details about devices, they do serve as an indicator of incoming changes to Apple's product lineup in the coming months.

Apple's reveal event is expected to be on September 10. There has been some speculation that there will be three iPhone models debuting at that event, and releasing simultaneously later in the month, with at least one of the models given the "Pro" tag. The range is thought to include one LCD iPhone and two OLED ones, and a recent render from a case manufacturer suggests a modification to the mute switch.

The new model is rumored to have a square camera cutout. The replacement for the iPhone XR is predicted to have two camera lenses, with the higher-end models having three, including a regular lens, a telephoto one and, new to the range, a wide-angle lens.

As well as the well-reported camera system, the higher-end new iPhones are expected to feature the ability to charge other devices. This is said to be similar to the functionality in the newly-announced Galaxy Note 10.

Reports by Ming-Chi Kuo and others, suggest that Apple will wait until the release of the September 2020 iPhones to introduce 5G, and at the same time it will reduce the size of the notch needed for Face ID.