AppleInsider
Posted: August 27, 2019 11:07PM
in General Discussion
Apple CEO Tim Cook last week saw 560,000 restricted stock units vest on schedule, half of which were comprised of performance-based incentives earned for successfully leading the company to significant profit over the past three years. 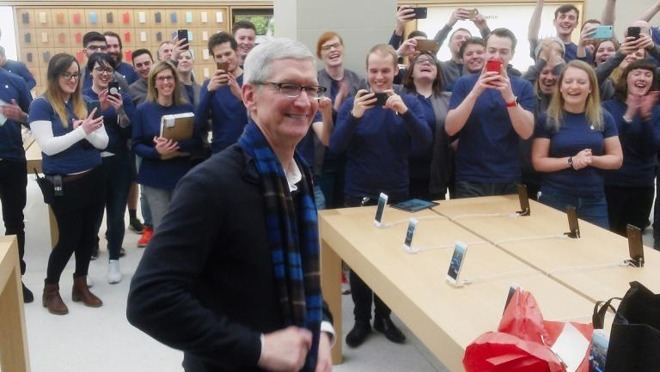 Cook's latest stock award of 560,000 RSUs was granted on Saturday, with the executive satisfying both time- and performance-related goals laid out by Apple's board of directors, according to a U.S. Securities and Exchange Commission filing. The granted stock was worth just over $114 million at the end of trading on Tuesday.

As usual, 294,840 shares were withheld by Apple to comply with statutory tax regulations on vested RSUs. The remaining 265,160 stock units were sold in three batches on Monday through multiple trades averaging between $205.75 and $207.13, pursuant to Cook's trading plan.

Cook reaped a fully vested award for 2019, meaning he gained 280,000 time-based RSUs and 280,000 performance-based RSUs. Performance RSUs vest relative to Apple's stock performance over a three-year period from Aug. 25, 2016 through Aug. 24, 2019. Since the company's total shareholder return ranked in the top third of firms listed in the S&P 500, the entire 280,000-unit award was granted.

Adjusted for dividends, Apple's starting value was calculated at $108.01, while it ended the evaluation period at $216.24.