AppleInsider
Posted: September 3, 2019 1:26PM
in General Discussion edited December 2019
The physical Apple Card is not made entirely of titanium, a report claims, but while Apple uses an alloy to produce the highly-sought-after credit card's real-world counterpart, it's hardly a surprise that some form of alloy is being used in its manufacture. 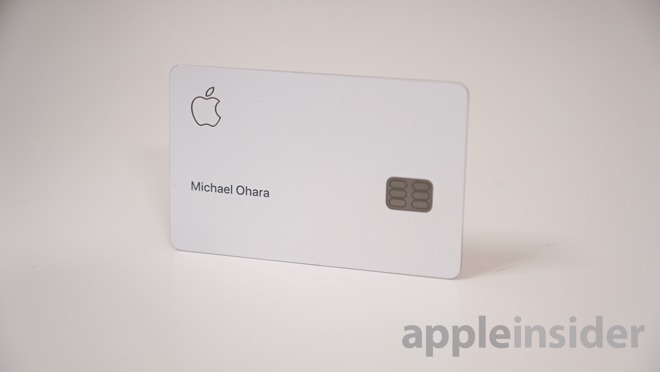 Apple Card exists primarily as a virtual credit, with payments made either via contactless payments on an iPhone over Apple Pay or as online transactions. In order to facilitate the few swipe-based and chip-and-pin transactions that may be required from time to time, a physical token is also provided, consisting of a white card made from titanium bearing a magnetic strip, a chip, a few company logos, and the account holder's name.

Since its launch, Apple Card has become the subject of a few stories relating to the physical version, including Apple's guidance on cleaning and using the card, warnings not to bring it in contact with leather and denim, and signs of wear and tear on the outside after mere weeks of carrying it around.

Capitalizing on the trend, Bloomberg Businessweek decided to produce its own, investigating what the card is actually made from. Documentation describing the "multi-layer coating process" for the matte white finish as well as the repeated mention of titanium being used in its construction is highlighted, with the latter being a main focus for the report. 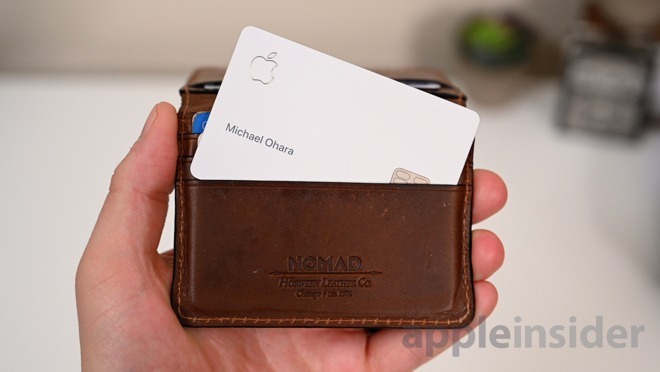 The publication sent an Apple Card to University of California, Berkeley professor Hans-Rudolf Wenk, a mineral specialist, to analyze it using a scanning electron microscope (SEM). The equipment is used to determine the atomic makeup of materials.

According to Professor Wenk, approximately 90% of Apple Card's material is titanium, with the remaining 10% of the alloy made up of aluminum. Like every other metal-cased products it makes, Apple has elected to use an alloy for Apple Card.

What is an alloy?

Very, very simply, an alloy is the combination of multiple metals, or metals with non-metallic elements, to make a new metal-like material. The aim of the alloy is to produce a metal or material that has a more desirable set of properties, such as combining iron and carbon to produce steel, or for gold and silver to be combined into white gold.

The property changes can include making the material harder or stronger, to make it softer, to increase shine, change color, or simply to make the cost of the material cheaper to produce.

What does it all mean in the real world?

If you've watched any science fiction in the last 50 years, you've probably heard titanium bandied about as a miracle metal, impervious to any damage. Titanium is a great metal -- it is very strong, and maintains what's called ductility at low temperatures where many other metals would be extremely brittle, making it good for cryogenics.

But, the same aspects of the metal that make it good for extremely low temperature applications have side effects for something that needs to be strong and scratch resistant. Materials with high ductility are prone to scratching and subject what's called plastic deformation when under load -- which can be good or bad. Without delving too far into material science and the science of material failure, that's why nearly everything consumer-facing, including the Apple Card and the Titanium PowerBook G4, are alloys of titanium and contain aluminum in some measure. 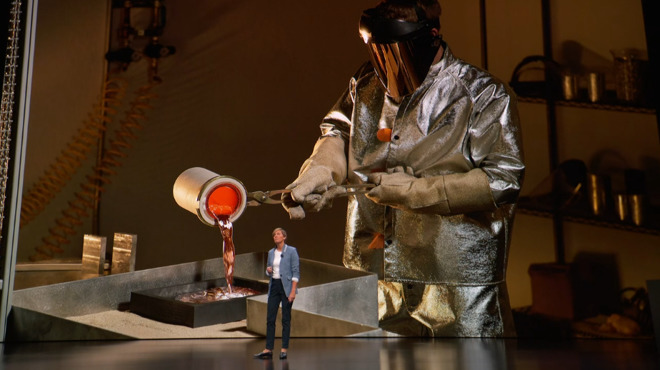 At the launch of the most recent Macbook Air and Mac mini, Apple revealed the use of a new alloy to enable the use of 100% recycled aluminum

There are lots of other aspects about how to make an alloy and why manufacturers should, like corrosion resistance, percentages of metals and why, temperatures of alloying, point-defect rates, brittle fracture curves, and much, much more that are well, well beyond the scope of this article. The Apple Card isn't an aerospace surface, will never dive the Mariana Trench as a pressure surface, nor be launched into orbit holding back liquid nitrogen or similar, so they really aren't that relevant here.

In the case of the Apple Card, the aluminum hardens the card, and dials back on the ductility. In turn, this makes it less prone to bending, more resistant to scratching, and makes it slightly less porous.

"Unsurprisingly" it says up there in the headline. In short, the titanium Apple Card was never going to be all-titanium, and this 90/10 ratio shouldn't come as a big surprise. Beyond marketing, it doesn't really matter in any real measure that it is actually 90% titanium and 10% aluminum, versus 40% titanium and 60% aluminum.

But, had it been anything else but a majority of titanium, that would be something else for folks to get riled up about on social media.
«12»