AppleInsider
Posted: October 16, 2019 6:42PM
in General Discussion edited October 2019
The Federal Communications Commission has given the green light for the merger between T-Mobile and Sprint, with Wednesday's vote of approval for the joining of the two companies being one of the last hurdles needed to be cleared for the transaction to proceed. 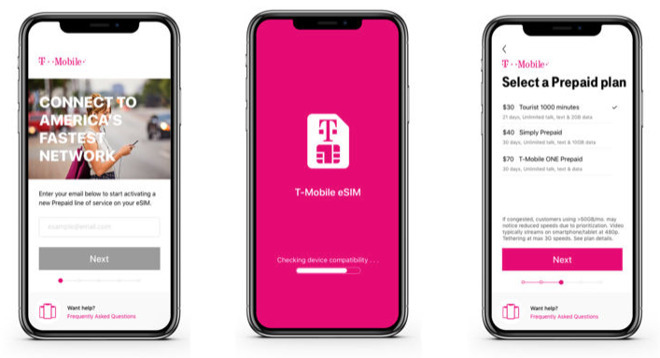 The vote was split along party lines, with Chairman Ajit Pai and the two Republican commissioners approving the $26.5 billion deal while the pair of Democrat commissioners voted to deny the merger. The FCC is anticipated to release the text of the approval order before the end of this month.

The approval was first reported by Reuters, and marks the last approval needed to be granted by a US government regulator before it could proceed. The U.S. Department of Justice offered its approval of the merger in July, though with the added requirement the combined entity to support eSIM technology.

The two denouncing commissioners have already passed comment on the merger, with Commissioner Jessica Rosenworcel arguing in The Atlantic the deal will "only hurt consumers" with price surges and job losses. Rosenworcel highlights how mergers in a concentrated market lead to price gouging, such as baggage fees and smaller seats for airlines and the price rises of pharmaceuticals, suggesting "There's no reason to think the mobile phone industry will be different."

A similar story is offered by Commissioner Geoffrey Starks, accusing the majority voters of turning "to the parties for paper-thin commitments that they will expand broadband access and the deployment of 5G. But these promises cannot mask reality. You don't need to be an expert to know that going from four wireless carriers to three will hurt competition."

While the merger has passed practically all regulatory hurdles, it still has one more to go before it can proceed. A bipartisan lawsuit from 13 state attorneys general and the District of Columbia is needed to conclude for the merger to resolve.

The group of state attorneys are concerned the merger isn't the best deal for consumers, againt with issues over reduced competition in the marketplace. The effective turning of Dish Network into a potential fourth major carrier is also given a dim view by New York Attorney General Letitia James.

"The promises made by Dish and T-Mobile in this deal are the kinds of promises only robust competition can guarantee," The Verge reports James as claiming in July following the DOJ approval of the deal. "We have serious concerns that cobbling together this new fourth mobile player, with the government picking winners and losers, will not address the merger's harm to consumers, workers, and innovation."
«12»