Apple's iOS 13.2 release bricks HomePod for some users [u] 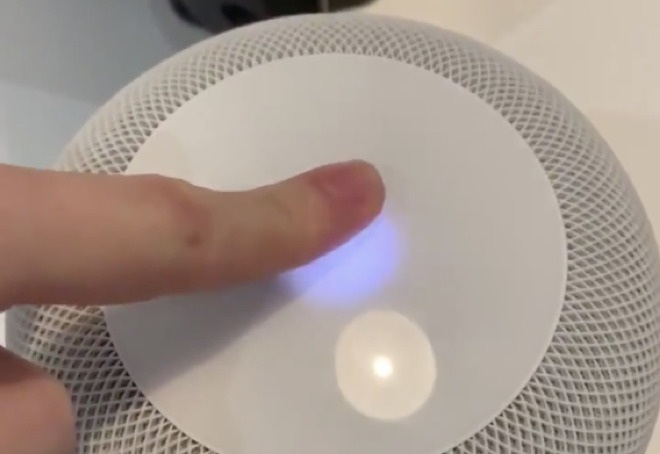 With iOS 13.2, HomePod owners gain access to major features announced at Apple's Worldwide Developers Conference in June, including handoff from iPhone and multi-user support. Customers who downloaded the update are reporting issues, however, prompting concerns over software stability.

AppleInsider forum members impacted by the problem report a complete bricking of HomePod. At least three people have run into an issue that sends the speaker into what appears to be an error loop that leaves the unit unresponsive with a spinning white light on its display. Attempts to perform a factory reset, which involves unplugging the speaker and touching the top capacitive control panel, have been unsuccessful.

Unpairing the device from Apple's Home app is also ineffective.

"After I updated, I couldn't get Siri to work at all (even after a power cycle) so I tried removing my HomePod using the Home app and then adding it again," said forum member Auxio. "Unfortunately, none of my iOS devices can even detect it anymore. Tried a tap and hold to reset it, but that doesn't seem to work either."

HomePod owners are reporting similar issues on Reddit and social media platforms like Twitter. According to Redditor "VALIDNULL," Apple support representatives are instructing some users to replace the device as a software solution is not currently available.

@AppleSupport the new update for HomePod had broken my HomePod. What should I do? pic.twitter.com/n4AkdQiK2d

Considering the implications of a thoroughly bricked device, and Apple's apparent inability to resolve the issue, it is recommended that HomePod users take a wait and see approach to iOS 13.2. To disable HomePod's default automatic software downloads, tap on the house icon in the top-left corner of the Home app, navigate to Software Update and turn off "Install Updates Automatically."

Update: Apple has since retracted the iOS 13.2 update for HomePod.