AppleInsider
Posted: November 12, 2019 7:31PM
in General Discussion edited December 2019
Social media giant Facebook is rolling out a payment method like Apple Pay to allow users to buy products or services, donate to charity, and send money to each other. 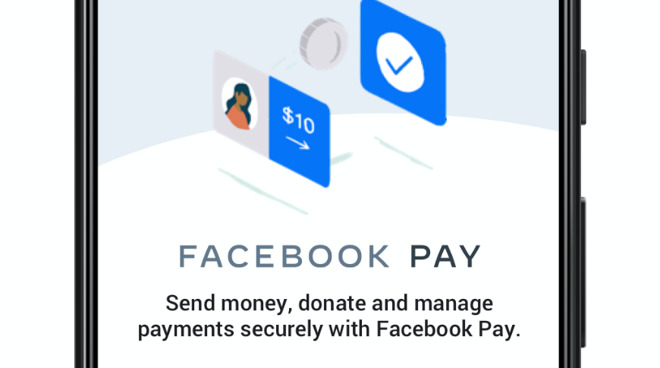 "People already use payments across our apps to shop, donate to causes and send money to each other," said Deborah Liu, Facebook vice president, Marketplace & Commerce, in a statement.

"Facebook Pay will make these transactions easier while continuing to ensure your payment information is secure and protected," she continued.

Facebook Pay is specifically for making digital payments within the Facebook apps. It can be used to send money to friends, without any transaction charges, but it cannot be used in brick and mortar stores at this time like Apple Pay can.

It works by leveraging other payment systems. Users first give Facebook their credit or debit card details, or PayPal information. Then when they want to buy anything -- such as through Facebook advertising -- they select Facebook Pay at the online checkout. It isn't presently clear why someone with a PayPay account would want to use Facebook Pay instead. 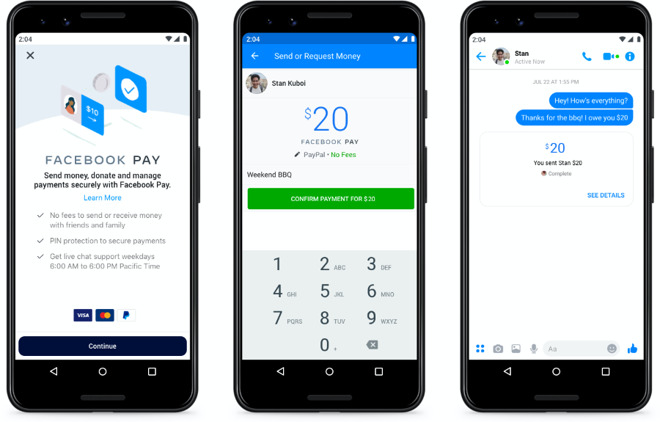 Liu points out that this is not the first time Facebook has had a form of payment system.

"Facebook has offered trusted payment experiences since 2007," she says, "and we've processed more than $2 billion in donations alone since we launched our first fundraising tools in 2015."

Back in 2016, Facebook's Mark Zuckerberg said that the company was not a "payments business," and that it was not intending to make a payment system. However, he called Apple Pay a "really neat innovation" and said that Facebook would be willing to partner "with everyone who does payments."

Apple Pay first launched in 2014, and was followed this year by Apple Card, which reportedly had the "most successful credit card launch ever."
«12»