AppleInsider
Posted: December 3, 2019 4:34PM
in Current Mac Hardware edited February 2020
Apple has loudly championed the new 16-inch MacBook Pro, but a decade ago it had a similar machine in the 17-inch MacBook Pro. Here's how the two compare. 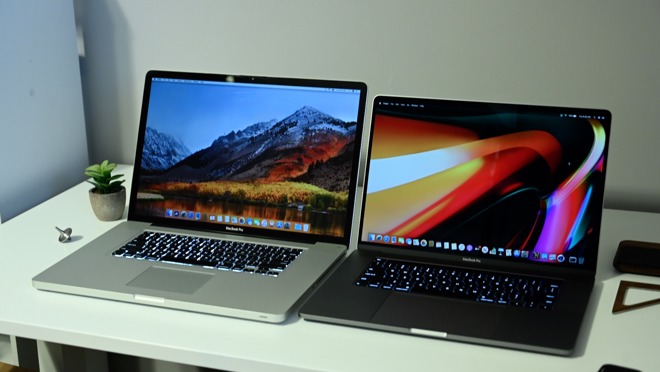 While these machines aren't even remotely comparable in terms of performance or data transfer speeds today, it is still interesting to see how these two, large, portable Macs compare. 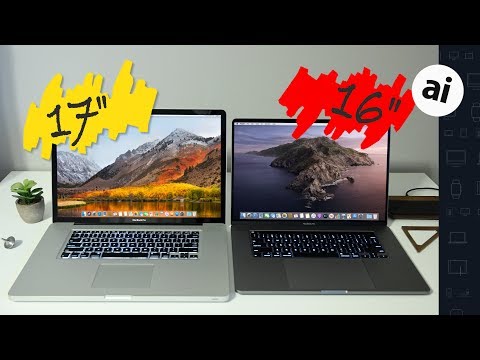 The last time we saw Apple's 17-inch MacBook Pro, it weighed over 6.5 pounds and measured in at almost an inch thick, 10.5 inches wide, and almost 15.5 inches tall. 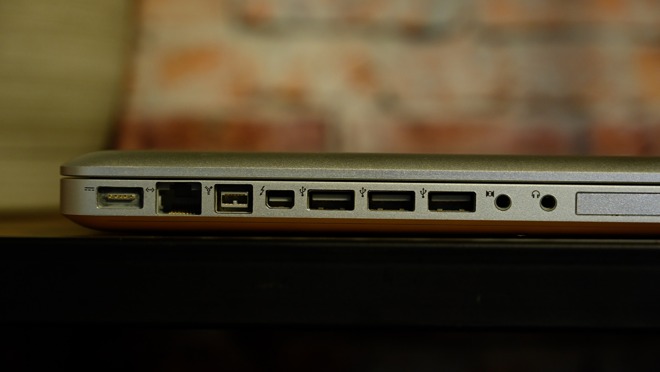 Ports on the 17-inch MacBook Pro

It was also outfitted with Bluetooth 2.1, stereo speakers with subs, a single omnidirectional mic located under the left speaker, and had a resolution of 1920 by 1200. 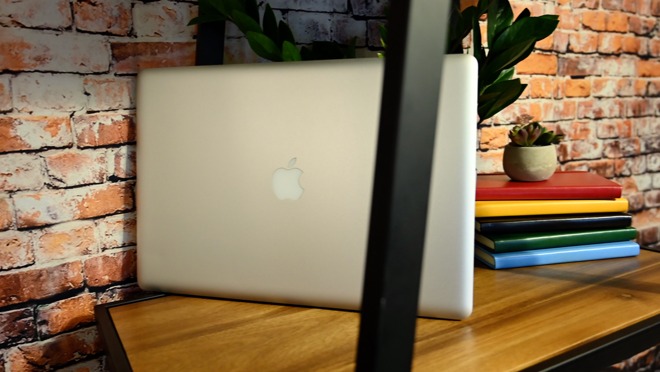 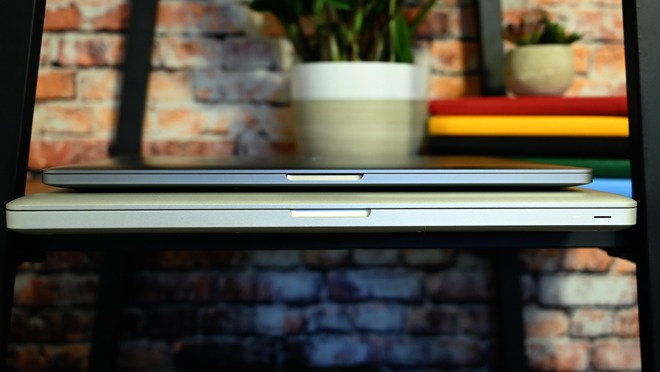 Conversely, Apple has just released the 16-inch MacBook Pro, replacing the 15-inch model in the lineup, and splitting the difference between that and the 17-inch screen size. 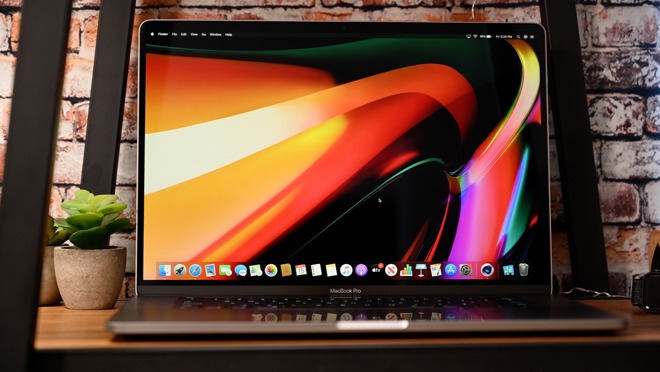 Apple has, of course, transitioned to USB-C power delivery in place of MagSafe for charging. Charging can be done through any of the four Thunderbolt 3 ports that are equally distributed on the left and right sides.

Though many ports have disappeared over the years, the headphone jack is still available on the new 16-inch MacBook Pro. 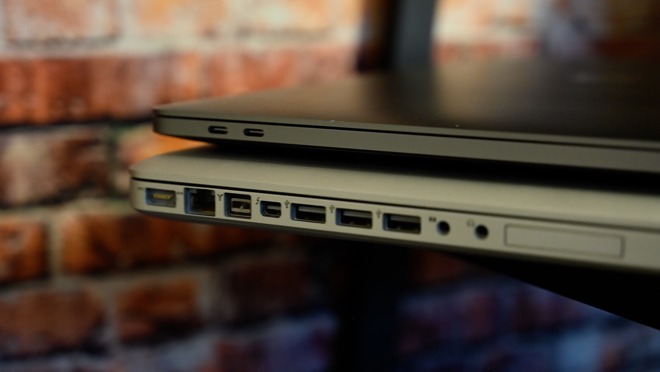 The new MacBook Pro is setup with Bluetooth 5, a six-speaker sound system with dual force-canceling woofers and support for Dolby Atmos as well as a studio-quality three-mic array. The resolution is a massive 3072 by 1920.

During the ordering process through Apple, buyers can include up to an 8TB SSD -- which are about seven times faster than the best speed that SATA SSDs delivered in 2011 -- and work for up to 11 hours with the new, higher-capacity battery.

There are also Apple's latest new features incorporated into the 16-inch MacBook Pro, such as Touch ID, the T2 chip, the divisive Touch Bar, the updated keyboard with physical escape key, and of course macOS Catalina. 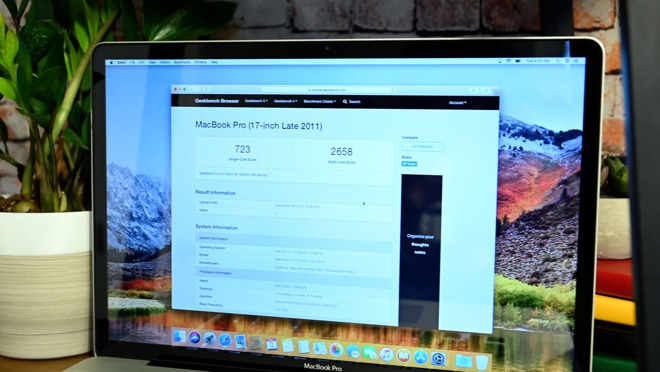 For us, what that meant was that the 17-inch keyboard felt slower to type on and occasionally would trip our fingers as we traveled between keys. This is, of course, a muscle training issue at this point, as we've grown accustomed to the new keyboard, and the one introduced on the 2012 Retina MacBook Pro. 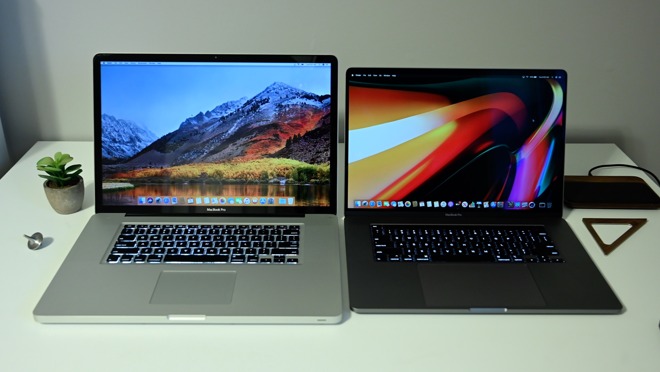 For pros, there is also a use discrepancy in external data transfer speeds. The 17-inch still relies on USB 2.0 at up to 480Mbps while the new MacBook Pro supports USB 3.2 type C speeds of up to 10Gbps. Original Thunderbolt on the 17-inch was capable of two channels of data transfer at up to 10Gbps per channel -- but realistically, only the one. The new 16-inch MacBook Pro with Thunderbolt 3 supports transfers up to 40Gbps.

And, the price. While a 17-inch MacBook Pro can be had relatively inexpensively these days, at the 2011 discontinuation of the model, it retailed for $2499 -- the equivalent of about $2850 today. That same $2499 price has been retained in the 16-inch MacBook Pro.

Clearly, these two have a vast chasm separating the two when it comes to performance, but this was never about seeing if the new 16-inch MacBook Pro was as powerful as the long-gone 17-inch. It is curious to see how Apple's design has -- and hasn't -- changed over the years and how much more they can pack into a compact body.

Apple's 17-inch MacBook Pro is -- obviously -- no longer available to order. But, you can currently get several great deals on the new 16-inch machine.

Expercom is knocking up to $438 off select new configurations with coupon code appleinsider, while Adorama is taking up to $300 off every model with promo code APINSIDER (prices start at just $2,199 with code). Details can be found in our 16-inch MacBook Pro Price Guide.

Meanwhile, at B&H, shoppers can save up to $250 on select systems, with the option of no interest financing when paid in full within 12 months with the B&H Financing Card or a sales tax refund in eligible states with its Payboo Credit Card. The latter can save many shoppers anywhere from $200 to $500 on average.

Amazon is also offering instant discounts on the 16-inch MacBook Pro, with prices as low as $2,198.

Those looking for the steepest discounts on earlier generations of Apple products can find deals at eBay and even at buyback providers, such as Gazelle.

Be sure to check out the AppleInsider Apple Price Guide for the latest deals and product availability on Apple hardware and accessories.
«123»