AppleInsider
Posted: December 10, 2019 7:04PM
in macOS edited February 2020
Apple has released macOS Catalina 10.15.2 to the public, bringing with it a selection of smaller updates to the Mac that refines Apple News, Stocks, Photos, Mail, and other apps and features alongside typical performance improvements. 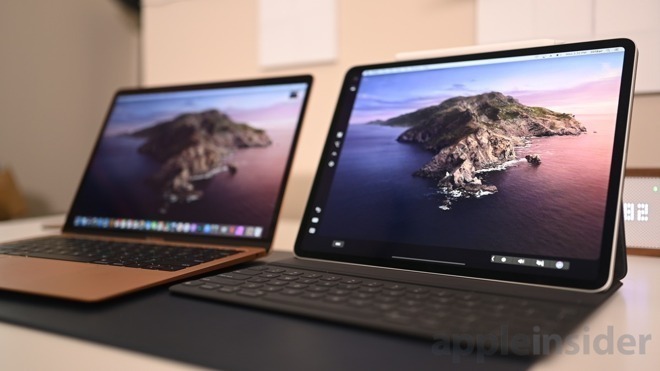 Released on Tuesday alongside similar updates for iOS 13.3, iPadOS 13.3, tvOS 13.3, and watchOS 6.1.1, the update for macOS Catalina 10.15.2 arrives after going through four beta-testing cycles, with the most recent occurring on December 6.

Users can install the update by navigating to System Preferences then Software Update. After confirming an update is available, users have to select Update Now to commence the download.

The change logs for macOS 10.15.2 reveal a number of areas the update fixes, as well as stability and performance improvements. There don't appear to be any major features added to the operating system at all.

The Stocks app now offers links to related stories from the same publication at the end of articles readable within the app itself. There are also "Breaking" and "Developing" labels for Top Stories, with users in Canada also able to view stories in English and French.

The Apple News app has been updated with new layouts for Apple News+ stories from the Wall Street Journal and other major newspapers.

For Music, there is a restoration of the Column Browser view for managing a music library, and fixes for issues that prevent album art from appearing and occasional resetting of the music equalizer settings during playback.

The iTunes Remote adds support for using an iPhone or iPad to remotely control the Music and TV apps on a Mac.

The Photos app resolves an issue where some AVI or MP4 files appear as unsupported by the app. An issue that prevents new folders from appearing in Albums view is fixed, along with one where manually sorted images in an album may be printed or exported out of order, and a problem preventing the zoom-to-crop tool from working in a print preview.

A bug in the Mail app that causes Mail Preferences to open with a blank window has been resolved, along with one that can prevent "using undo from retrieving deleted mail," according to the changelog.