AppleInsider
Posted: December 31, 2019 4:20PM
in General Discussion edited June 2020
Apple could manipulate traditional speakers into creating sound that appears to come from somewhere else, such as one from around a MacBook user instead of at the keyboard, to give a better audio experience. 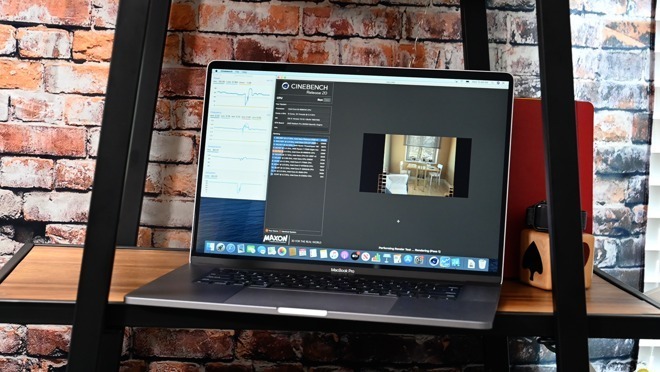 Apple is continuing to work on improving sound quality from speakers, in particular those on MacBook Pro laptops or similar. In a new patent filing, the company describes how an audio track can be processed in such a way that it appears to be coming from "elsewhere in an indoor outdoor space [rather] than directly from a loudspeaker."

"Audio signal processing for virtual acoustics can greatly enhance a movie, a sports even, a videogame or other screen viewing experience, adding to the feeling of "being there," says Apple in US patent application number 10,524,080, entitled "System to move a virtual sound away from a listener using a crosstalk canceler."

"Various known audio processing algorithms, executed by digital processors, modify one or more recorded, synthesized, mixed or otherwise produced digital audio signals," it continues, "in such a way as to position a virtual source according to modeling that is based on human perception of sound, including the role of ear acoustics, other reflecting and absorbing surfaces, distance and angle of source, and other factors." 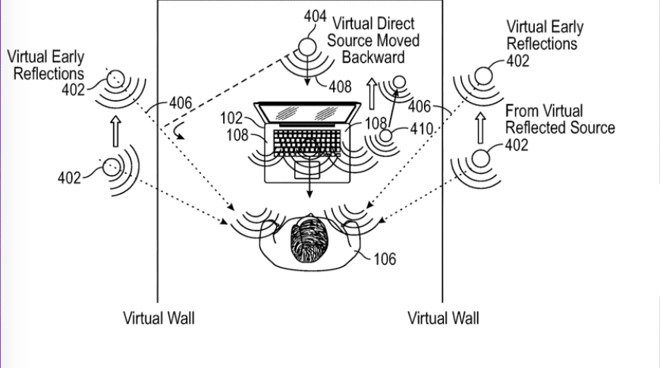 While the majority of the documentation describes the loudspeakers on a laptop, Apple claims that this patent covers virtual sound from any such audio source -- including headphones.

"In the case of headphones, specially processed audio signals (binaural rendering) are sent to left and right ears of a listener without the crosstalk that is inevitably received by the ears when listening to stereo loudspeakers," it says.

Apple says that using "sound wave cancellation in the air surrounding the listener," the audio can be controlled.

"This allows the left and right audio signals to contain spatial cues that enable a virtual sound to be 'positioned' at a desired location between the loudspeakers." 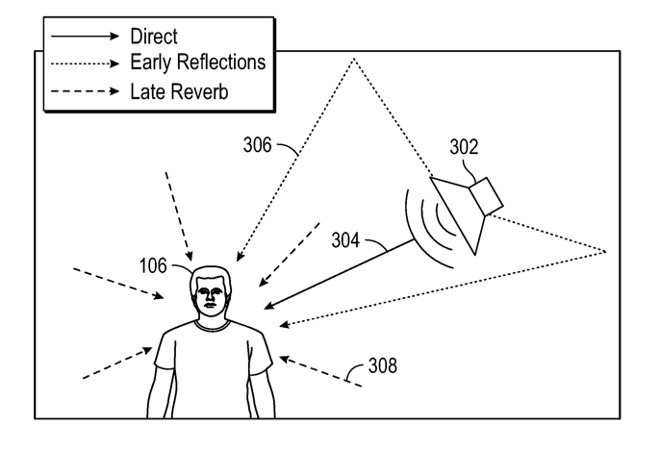 Detail from patent showing direct and reflected audio from speakers

The six inventors credited with this work have between them almost 50 prior patents in related fields, chiefly for Apple but also for Sennheiser Electronics. Martin E. Johnson alone has 38 previous patents, ranging from "correction of unknown audio content" and "Method and aparatis for estimating talker distance."

This latest patent, filed on December 31, 2019, follows two from November which are to do with converting headphones into speakers and providing better sound isolation.

Apple has also recently filed a patent for headphones that are able to detect which ear they've been put on, which would affect how audio's left and right channels would be routed.
«12»