The FBI has the tools it needs to break into the iPhone, and shouldn't ask for backdoors

AppleInsider
Posted: January 14, 2020 4:30PM
in iPhone edited January 2020
Demands from the FBI and Attorney General William Barr for Apple to provide more help to the ongoing Pensacola shooter investigation did not need to be made, as security experts have pointed out the existence of hacking tools that could have granted access to locked iPhones -- which law enforcement has at their disposal already. 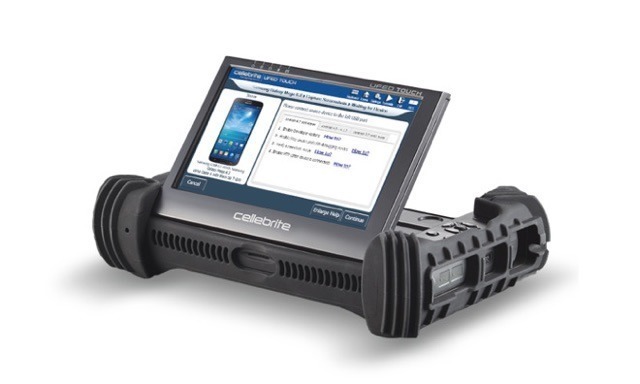 The week-ago query from the FBI and Monday's demand from Barr, subsequently followed by Apple denying the request, has raised the question of how easy it is to gain access to the contents of an iPhone in an emergency. While previous demands, such as during the time of San Bernardino, would have been made due to a lack of other options available to law enforcement agencies, the latest urging arrives at a time when alternatives are available.

Security experts and forensic examiners told the Wall Street Journal tools from Grayshift, Cellebrite, and others provided ways to access the contents of a locked iPhone. This is a reversal of possibilities within a few years, as previously the experts said the iPhone's security was unable to be beaten with technology and methods available at the time.

"We've got the tools to extract data from an iPhone 5 and 7 now," forensic firm Garrett Discovery CEO Andy Garrett claims. "Everybody does."

The tools themselves are, at least for governments and law enforcement agencies, reasonably priced, with the potential cost of software and hardware needed to gain access believed to be around $15,000 and below. Previously, the FBI was alleged to have spent in the region of $1 million, paying a third-party firm to access an iPhone 5C at the heart of the San Bernardino investigation.

In terms of expenditure, federal procurement records reveal the FBI alone has spent more than $1 million on Grayshift products to crack open devices.

The lower barrier to entry to access a smartphone's contents has made it cheap enough for states to use the same tools. In one example, Georgia's Gwinnett Country accessed around 300 phones in 2018, and has started to reopen cold cases by accessing previously unreadable devices.

"It's really opened the door for us in our investigation," said district attorney investigator Chris Ford, who also says his offer is now producing three times as much forensics data than it did before it acquired Grayshift tools.

Forensic experts are also suggesting these phone-hacking tools are undermining calls by the Justice Department, government officials, and other high-ranking members of law enforcement for manufacturers to make it easier to access data on devices.

This includes repeated demands for Apple and others to add encryption backdoors, supposedly in such a way that only law enforcement can gain access to stored data while still maintaining security. Tech companies and critics of the idea counter that adding any backdoors at all will weaken it overall, with no guarantee that access to any purposefully-included backdoors won't fall into the wrong hands.

Apple's security is no longer deemed to be delaying investigations as much as they previously did, the experts believe. SANS Institute digital forensics instructor Sarah Edwards said "It's a cat-and-mouse game. Apple locks things, but if someone wants to find a way to get into these devices, they will find a way."

Backdoors Are Not The Answer

Once again, in the interest of expediency, the government wants a leg up on the crooks by forcing tech companies to make encryption backdoors and unlock smartphones on demand. Once again, Apple is telling the feds to get bent. Tech firms work to make us safer and Apple, at least, wants us to maintain privacy.

Apple's stance and hard line on this matter, again, benefits us all. It does make the job of the agency responsible for one aspect of our safety harder, and until now, apparently, they've always been up to the challenge of developing countermeasures to find and deal with the bad guys.

And, if the reports of the perpetrator's phones being an iPhone 5 and iPhone 7 are correct, this problem is already solved. The Secure Enclave isn't an issue for law enforcement in the iPhone 5, so that's an easier break. While the iPhone 7 does have one, the 'Checkm8' exploit, properly leveraged and given enough time provides a way to defeat that element.

The FBI can use one of its contractors to break into the phone now. They proved with the San Bernardino case that they can, and will, do this.

Barr apparently wants to use these phones as a political point-maker. If he gets what he wants, he makes us all to less safe day-to-day. In his role as United States' Attorney General, he should know this. As it stands, he either doesn't know this, or knows it and doesn't care, and we're not sure which is worse.

Like Apple says, there is no backdoor limited only to the good guys. If it exists, it will be found by the bad guys.

In the interest of law enforcement expediency, encryption backdoors weaken the safety of the public as a whole. There are other avenues available now, and they work and will break into these phones, assuming that they don't have bullet holes in them.

What has holes for sure, though, are Barr's and the FBI's arguments for encryption back doors. US law enforcement absolutely has the means and will to get into the phones without them.