AppleInsider
Posted: November 16, 2020 8:00PM
in macOS edited November 2020
The release of macOS Big Sur has been problematic for Mac users in a number of ways, launch issues that Apple is probably already working to fix in upcoming operating system updates. 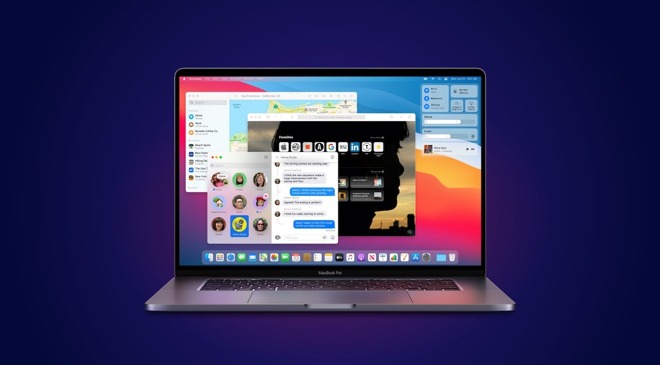 Despite the best efforts of development teams in improving software in lengthy beta tests before the release of a major version, problems almost always creep through to the final release. The story is the same for macOS Big Sur, a major update that Apple is not only making sure works properly across both Macs with Intel processors and those using the M1, but also one that introduces changes and new features.

Initial reports surrounding the release have dealt with bigger issues, such as the troubled launch and the privacy-related scrutiny that followed. However, posts to the Apple Support Communities indicates there's many other smaller issues with Big Sur that need to be addressed.

As with any initial release of an Apple operating system, the company is likely to introduce fixes and patches in future software updates to rectify the complaints. In some cases, the problems may seemingly fix themselves in a later update, without any confirmation from Apple that a fix took place.

What follows is a partial list of issues that appear in the support forum less than a week after release.

Some users are discovering the update to macOS Big Sur is failing on the 13-inch MacBook Pro, specifically covering the late 2013 and mid 2014 models. Attempts to update can get stuck and result in a permanent black screen.

Typical attempts to restart the MacBook, including using Internet Recovery or booting to Safe Mode, are either unavailable or do not work in such cases.

Apple has yet to officially comment on it publicly, but at least one user claims the issue has been escalated to engineering teams.

An issue with the way the Mac communicates with the Apple Watch has been found, with users complaining the Apple Watch Series 6 is no longer being recognized. One user reports enduring constant disconnections in the macOS update just before Big Sur's release, with the major update likely to have made the fatal blow.

Other users have the same issue, but between an iMac running Big Sur and an Apple Watch Series 5, with macOS no longer using the presence of the Apple Watch to automatically authenticate the user.

The Mail app has a wide variety of issues, including how attempts to use IMAP times out at login, with the problem being server agnostic. Outgoing mail has also failed for some, possibly under the same authentication issues.

Mail search also fails, with lengthy search times and truncated results accompanied by complete failures to bring up results at all. Attempts to rebuild the database and redownloading messages once again didn't fix the problem for one user.

Other Mail complaints include the app using 100% CPU when running, the loss of all "Trash" mail and the subsequent complete loss of deleted emails, and a missing attachment paperclip icon.

Some users are discovering the upgrade to Big Sur has resulted in an issue with the main Menu Bar, in that it is solid black in color. For one user, it remains the same regardless of changing between light and dark modes, as well as restarts.

Another discovered that all of the windows have lost their transparency, with each appearing as just white or grey. Replies suggested that the "Reduce Transparency" option in the Accessibility System Preferences menu may have been switched on by accident, though not necessarily an action performed by the user directly.

One user complained that their YubiKey nano 5 they used for smart card logins in macOS Catalina was working for several months, but hit intermittent problems with the Big Sur upgrades. Attempts to perform actions requiring root privileges brings up the usual PIN entry dialog, but the dialog box hangs after the PIN is entered.

The issue only affected root privilege actions via the GUI, as the same dialog for terminal prompts works fine, as well as for logging in to macOS itself.

Some users are complaining about the Classic Screen Saver not working, regardless of whether the user's own photographs are used or Apple's collection. For one user, selecting images in the screensaver's menu will load the first set of images only, and not other sets.

For the messaging system, one user warns Messages asks for them to log in, then will load for 20 seconds before quitting and bringing the same log-in prompt again. Others complain that both FaceTime and Messages have stopped working entirely after the update, or is generally slow and unresponsive.