AppleInsider
Posted: December 9, 2020 3:08PM
in General Discussion
In an attempt to level the playing field for European content creators, EU lawmakers are proposing legislation that would require streaming services like Apple TV+ and Netflix to feature 30% European content or face a European Union customer block. 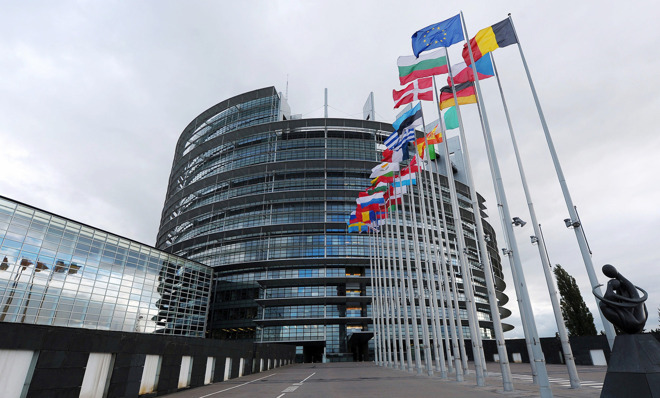 The bill, known as the General Scheme of the Online Safety and Media Regulation Bill, was published by Catherine Martin, an Irish Green Party politician. She serves as the Minister for Tourism, Culture, Arts, Gaeltacht, Sport, and Media in Ireland.

If ratified, the law would require all streaming media services to host a minimum of 30% content classified as "European Work," or be shut down within the European Union.

The proposal was pointed out by Adrian Weckler on Twitter.

Minister Catherine Martin says Apple TV+ has to have minimum 30pc European content or govt will shut it down across Europe.

The bill hopes to provide more European content to consumers across Europe, as many big-name streaming services tend to overwhelmingly host content produced by the United States.

Section 64 of the bill reads as follows:

his head transposes the requirements of Article 13 of the Revised Audiovisual Media Services Directive. It provides that on-demand audiovisual media services provided by media service providers shall ensure that a minimum of 30% of the works in their catalogues qualify as European works.

Section 65 expounds upon the requirement, stating that "on-demand audiovisual media services shall, in the interests of providing culturally diverse European content to the widest possible audience, ensure the prominence of European works on their service."

It notes that the rules will not apply to services deemed to have "low turnover" or "low audience."

If passed, streaming giants such as Netflix, Apple TV+, and Disney+ would likely need to scramble to procure enough content to meet the minimum requirement or shut down in the EU. Netflix likely already has an appropriate product mix, but it would depend greatly on how much of any given production has to be done in the EU.

The Minister has noted that the content can include content produced by the United Kingdom, even post-Brexit, which may make the criteria easier to meet for certain services.

The proposition comes at a time when Apple is currently facing myriad of other legal issues, including multiple antitrust investigations, both at home and abroad.
«1234»