Apple speeds up masked Face ID by detecting an Apple Watch in iOS 14.5

AppleInsider
Posted: February 1, 2021 6:58PM
in iOS edited February 1
Apple is making it faster for iPhone users to unlock their devices while wearing a face mask in the first iOS 14.5 beta, by confirming the presence of an Apple Watch. 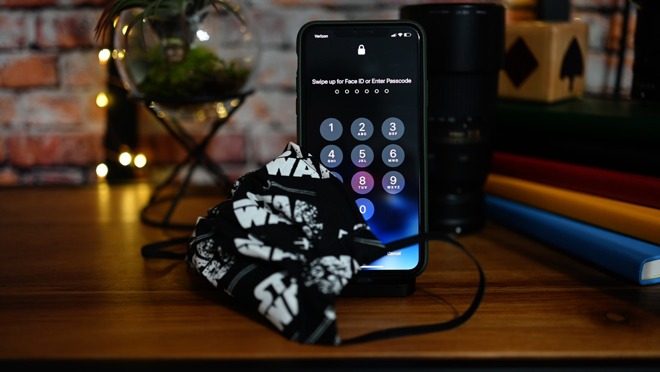 The ongoing coronavirus pandemic has caused problems for people who use iPhones, as wearing a mask prevents Face ID from properly working. Users were forced either to remove their mask temporarily or to enter in their security code to unlock the iPhone. 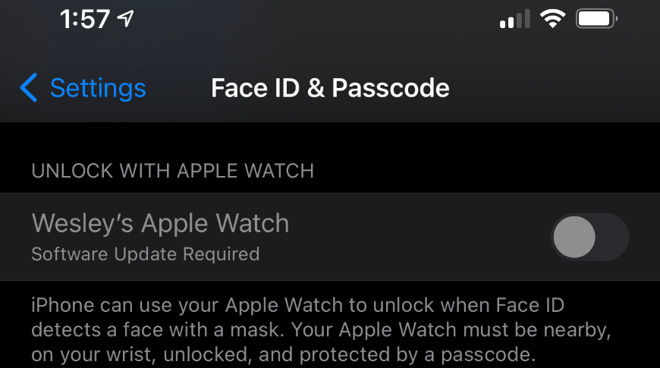 The change, spotted by Joanna Stern only applies to unlocking the iPhone. Performing other actions that require Face ID, such as approving a transaction, will require either a full view of the face or the entry of a passcode.

Slow Face ID unlocking has been an issue throughout the pandemic, and even prompted a request from the New York Metropolitan Transportation Authority to make it faster to authenticate users without removing their masks for Face ID.

Apple's previous attempt to refine Face ID for a mask-using public was in iOS 13.5. In that update, Face ID automatically moved to ask the user for their passcode if a mask was detected, rather than requiring users to wait for Face ID to time out each time.