AppleInsider
Posted: March 22, 2021 11:11AM
in General Discussion edited March 2021
There is a temperature and humidity sensor that has been present in the HomePod mini since launch, but not used nor announced. 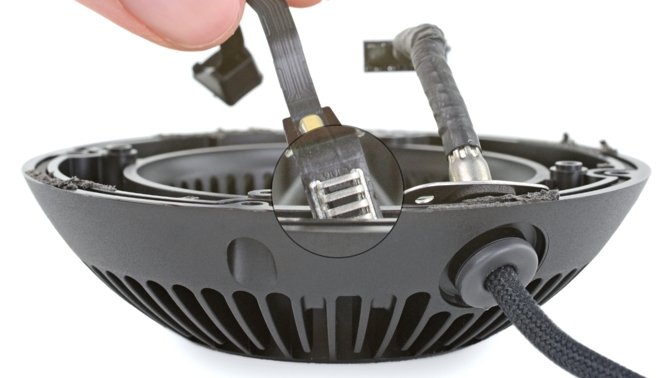 Missed by all teardowns at the time of launch, the HomePod mini is now revealed to have a sensor that is presumably planned for future use. There are still no specific details of its function or limits, but it is reportedly a sensor that measures temperature and humidity.

According to Bloomberg with assistance from iFixit, Apple has internally discussed deploying the sensor to relay that data to other devices. Unspecified sources say that it could be used to assist internet-connected thermostats.

Similarly, readings from the sensor that isn't in a good location to determine component temperatures could be used to trigger HomeKit actions. Potentially, a user could set a HomeKit-enabled fan to turn on when the HomePod mini reports the room reaching a certain temperature.

The sensor is in the base of the HomePod mini, next to where the power supply cable enters the unit, and is about the size of a grain of rice. Apple has not commented on its existence, and its HomePod mini technical specs do not list its presence.

Similarly, it's intended only for use when the relative humidity is what Apple describes as "5% to 90% non-condensing."