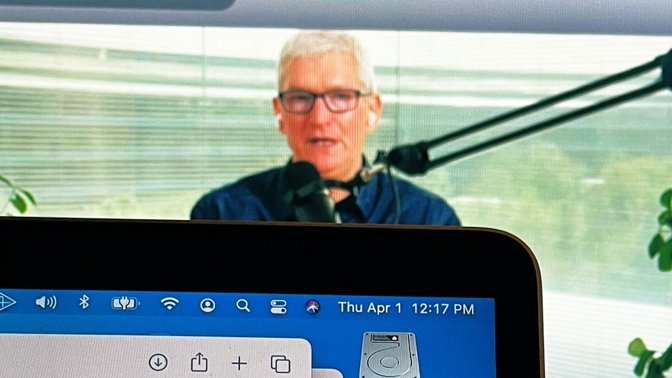 Cook's virtual sit-down will air on The New York Times podcast "Sway" next Monday. The show is hosted by Swisher and regularly features high profile players in tech, politics, entertainment and beyond.

According to a tweet from Swisher, the interview covers a number of topics including Apple's decision to yank right wing social app Parler from the App Store in January. The app was pulled on concerns that it was used to help "plan, coordinate, and facilitate" the storming of the U.S. Capitol and remains off Apple's marketplace, as well as Google's Play Store and Amazon's servers. Republican lawmakers are currently scrutinizing the removal.

Cook will also speak about user privacy safeguards coming to iOS, namely a new feature called App Tracking Transparency that requires developers to gain permission before tracking a user's device advertising identifier, or Identifier for Advertiser (IDFA) tag. Many users are expected to opt for more privacy, potentially leaving companies that rely heavily on ad targeting in the lurch.

Facebook is perhaps the most outspoken critic of ATT and has persistently derided the move as an attack on its business. Cook addressed the issue with Swisher:

Swisher asked: "What is your response to Facebook's response -- which is quite vehement -- calling you essentially an existential crisis to their business?" Cook answered: " All we're doing, Kara, is giving the user the choice whether to be tracked or now. And I think it's hard to argue against that. I've been -- I've been shocked that there's been pushback on this to this degree."

Cook was also asked about an American Workforce Policy Advisory Board meeting in 2019, at which then-President Donald Trump called him "Tim Apple" in an apparent gaffe. He had a "good answer," Swisher says.
«12»