AppleInsider
Posted: April 15, 2021 1:11PM
in Apple Watch
Peloton removed the ability for users to connect the Apple Watch to the Bike+ Bootcamp Classes, leaving only the cycling class. 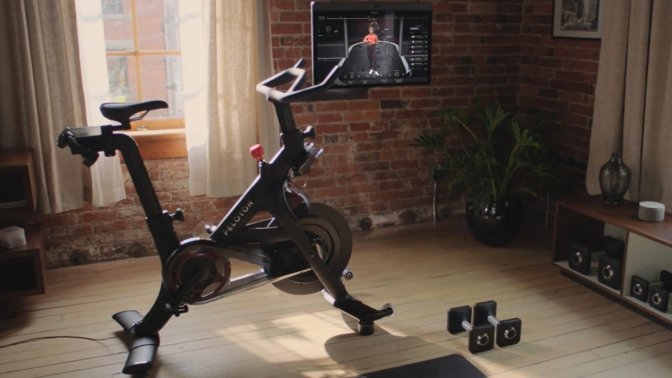 One of the advertised features of the Peloton Bike+ was its ability to use Apple GymKit and connect the Apple Watch for fitness tracking. A recent update cut out yet another workout from pairing with the Apple Watch, leaving only the cycling class.

The Peloton Bike+ had already disabled Apple Watch paring for strength and yoga classes, and may not enable the pairing feature for future classes. Connect the Watts speculates this has been done to push users to possible future devices created by Peloton.

Peloton had acquired a company dedicated to developing fitness bands earlier in 2021. The Apple Watch would be in direct competition to their device, so removing features early may push customers to adopt the proprietary fitness band later.
Apple doesn't make its own gym hardware, but it does offer a competitive service called Apple Fitness+. The service is available as a monthly subscription for $9.99 or as a part of the Apple One Premier plan.

Peloton's CEO called Fitness+ a "legitimization of fitness content," though now the companies are direct competitors. Peloton's move into fitness bands may be enough reason to remove Apple Watch support but at the risk of alienating users.