AppleInsider
Posted: August 7, 2012 11:15AM
in General Discussion edited January 2014
The "rubber band" effect you see on an iPhone or iPad when you attempt to scroll past the end of a document is something Apple co-founder Steve Jobs was quite proud of; and he repeatedly warned Samsung about copying it.

Depositions in the Apple vs. Samsung case from several months ago provide some color on the depths of Samsung's alleged infringement on Apple's designs, including a series of so-called 'utility patents' that serve up some of iOS's cachet.

They include a '163 patent relating to tapping to zoom, a '915 patent on the methods used to determine whether a user is scrolling with one or attempting to zoom into an area on the screen, and the '381 patent covering the rubber banding effect.

At some point, as Apple's Senior VP of?iOS?software Scott Forstall recalls, Jobs approached Samsung about the rubber banding effect his team was building into iOS and specifically requested that Korean electronics maker not tread on his turf.

"I don't remember specifics," Forstall testified. "I think it was just one of the things that Steve said, here's something we invented. Don't - don't copy it. Don't steal it."

Samsung, allegedly, paid no mind. And in July of 2010, when Jobs met with Samsung to discuss the mounting similarities in their mobile device designs, the rubber banding patent was a key point of contention, Forstall recalls:

Rubber banding is one of the sort of key things for the fluidity of the iPhone and - and all of?iOS, and so I know it was one of the ones that Steve really cared about.

I actually think that Android had not done rubber banding at some point and it was actually added later. So they actually went form sort of, you know, not yet copying and infringing to - to choosing to copy, which is sad and distasteful.

But I can't give you a specific recollection of - of Steve, you know, going over rubber banding with - with them in those meetings or not...

I expect it came up, because it's one of the key things we talked - you know, he and I talked about, but I don't know if it came up there.

According to court documents, Apple in November of that same year would approach Samsung with an offer to license the '381 patent. Again, Samsung didn't bite. 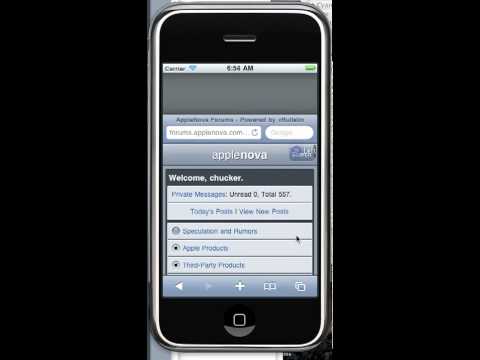 The documents also detail multiple efforts on Apple's part to avoid litigation with Samsung. For instance, the iPhone maker compiled a presentation titled 'Samsung's Use of Apple Patents in?Smartphones' that it presented during a meeting with the company in Korea. It followed up a few weeks later with "an electronic archive file containing?claim charts further illustrating?Samsung's infringement of Apple patents" -- material that was again used by Apple a few months later during a subsequent meeting in Cupertino.

As Forstall would recall, Jobs and Co. were quite livid over Samsung's imitation by the time that later meeting rolled around:

Well, so I - I think, in general, what Steve did in these meetings was just talk through. There's a set of things we've done, which you're copying, and those - those things, you know are - and I think a lot of different things were discussed.

Now, I can't give you specific recollections of - of what - you know, I can't precisely say this is - was what was discussed at this meeting and guarantee it. I know like the design of icons with the rounded recs was something that we cared about because it - it - it looked uniquely ours, and we didn't want other people to go and copy that design, because it would confuse users as to what's, you know, an iPhone versus what's one of these copy phones.

So - but I don't remember specifically even if in one of these things if - if the icon appearance was discussed.. icon design was discussed.

I do know that there were specific icons that were discussed where they absolutely ripped us off, and these were - some of those were extreme. One was in merging calls.