AppleInsider
Posted: July 2, 2019 1:30PM
in macOS
Owners of older Macs or those with out-of-date versions of Boot Camp are being blocked from updating Windows 10 to version 1903. 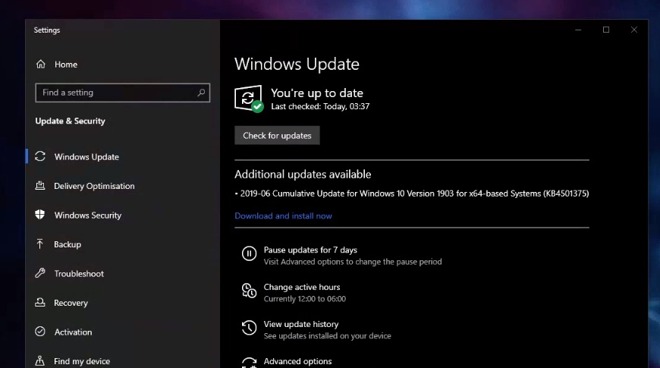 Users of affected Mac devices that use Boot Camp attempting the update will see an error message warning about a problem with the Mac HAL driver 'machaldriver.sys' on their Windows 10 installation. "Your PC has a driver or service that isn't ready for this version of Windows 10," the message reads.

"No action is needed. Windows Update will offer this version of Windows 10 automatically once the issue has been resolved," it concludes. Microsoft advises it is working on a resolution and estimate it will be available in late July.

According to a Microsoft support page found by Windows Latest, the problem occurs with Macs released before 2012, as well as newer Mac models that use older Boot Camp versions or have Windows Support Software drivers with a compatibility hold in place. More specifically, the problem lies with the identified driver dated for September 24, 2011 or older in the Windows\system32\drivers directory. 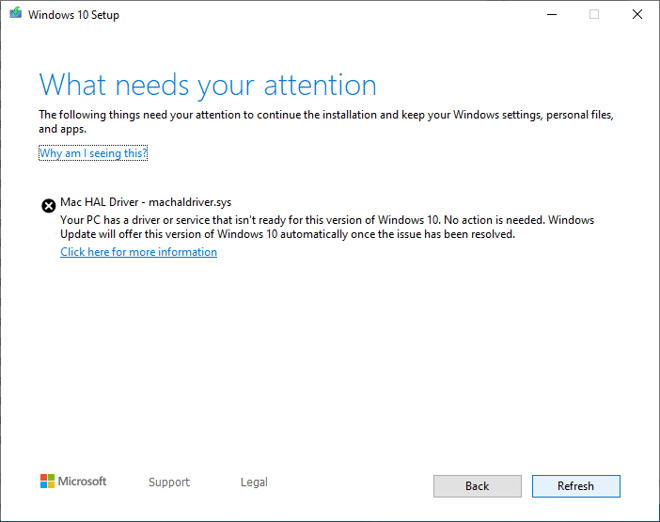 This is not the first time Microsoft has prevented an update for Windows 10 based on software connected to Apple. In November, Microsoft stopped users of Apple's iCloud for Windows tool from updating to 1809, due to issues with updating and synchronizing shared albums.
«12»