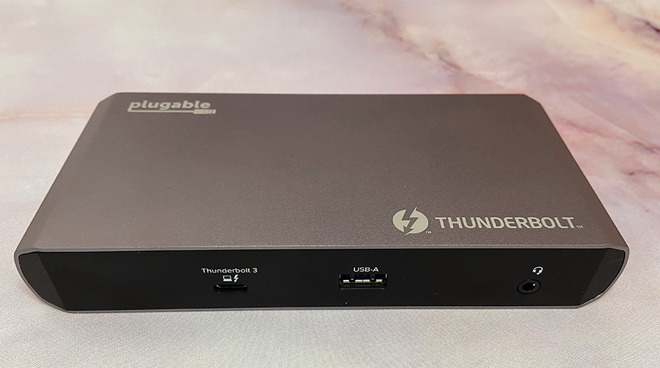 The Thunderbolt 3 and USB-C Dual Display Docking Station boasts transfer speeds of up to 40Gbps across Thunderbolt 3. This enables the device to support two 4K monitors at 60Hz, as well as 60W of charging for a MacBook Air or MacBook Pro. 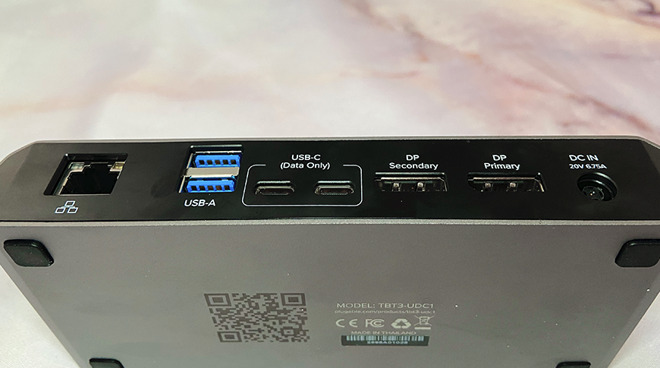 To use the dock, you'll need to be running macOS High Sierra 10.13 or later and have an available Thunderbolt 3 port. There is some limited support for Macs that run macOS Sierra 10.12 -- specifically the 2015 12-inch MacBook -- with a USB-C port, though.

When used with USB-C, you'll still be able to support two monitors, though at a reduced maximum resolution -- 1080p at 60Hz.

If you're the type of person who doesn't own a Mac, that's okay, too. There are plenty of PCs that can also take advantage of this dock. 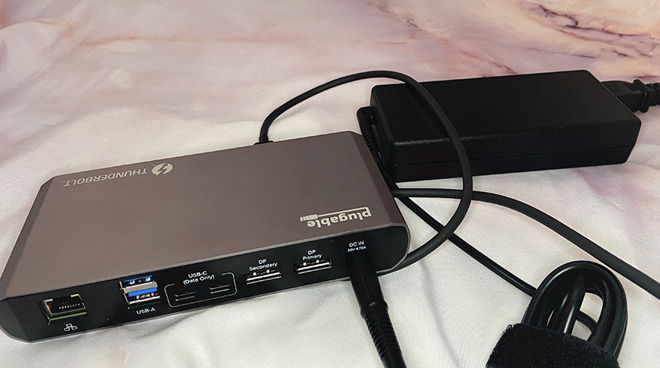 We suggest checking out the manufacturer's website for a helpful compatibility chart in the event that you plan on using this dock for PC.

Unsurprisingly, the TB3 dock performed exceptionally well, which is something we've come to expect from Plugable products. While you can use it for supporting two monitors, it's also a perfectly serviceable dock that can expand the functionality of your MacBook Pro.

The addition of USB-A ports allows for the use of older peripherals that haven't migrated to USB-C or Thunderbolt yet, preventing you from dealing with separate adapters for each device.

The only downside is that when used with a MacBook that comes with an 87W charger -- such as a late 2018 MacBook Pro -- it will likely drain your battery under heavy CPU and GPU load. This is because the MacBook will supplement the 60W dock power supply with its own battery.

Once the GPU and CPU load decreases, the dock will be able to charge the MacBook again. 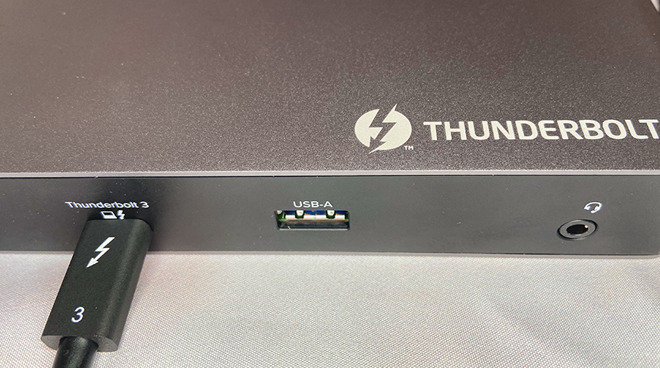 Dock includes a TB3 cable, but does not include a DisplayPort cable

Furthermore, the manufacturer does not suggest that anyone who owns a Core i9 MacBook Pro use this -- or any other -- 60W dock.

We also found that using a DisplayPort 1.2 cable -- especially shorter ones -- produced the best results during our testing.

If you're in the market for a docking station to help expand the capabilities of something like a MacBook Pro, we can't recommend this dock enough. If you're going to use it with a Windows computer, we highly suggest that you check out the compatibility guide before buying, though.

You can purchase the Thunderbolt 3 and USB C Dock from Amazon for $179.00.