AppleInsider
Posted: May 10, 2021 1:28PM
in General Discussion edited May 10
A new report on Monday claims that seven Apple suppliers participated in labor programs suspected to be connected to the alleged Chinese genocide of Uyghurs from the Xinjiang region. 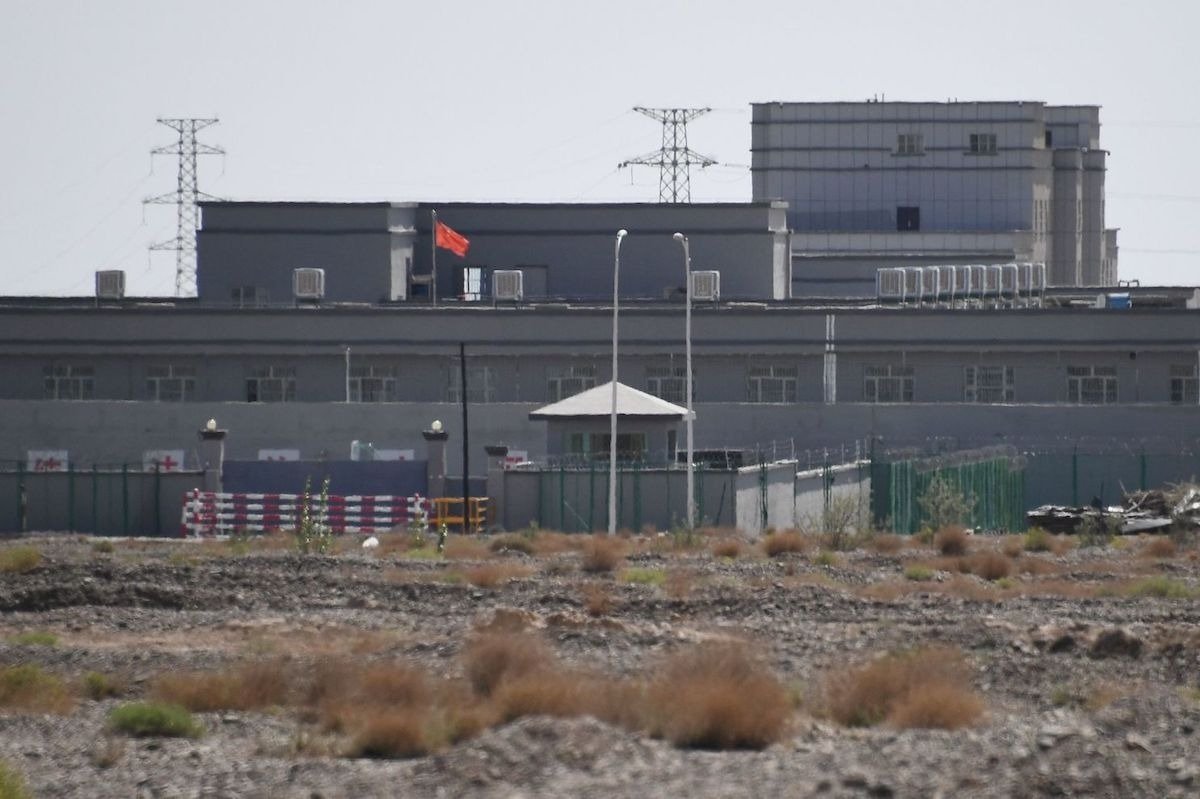 The Apple supply chain partner produce components, coatings, and offer assembly services to the Cupertino tech giant. At least five received thousands of Uyghur and other oppressed minority workers at specific plants that did work for Apple, according to an investigation by human rights groups and The Information.

To identify those manufacturers and supply partners, the investigation used previously unreported public statements, images, and videos by Chinese government offices and state-run media organizations. That evidence found that the companies participated in what the Chinese call a poverty alleviation program.

Apple has and continues to deny that its supply chain uses forced labor. The company says it carries out ongoing reviews of its partners in China, which includes investigating allegations of coercion.

"All state-sponsored labor recruitment programs in Xinjiang must be understood as compulsory labor because no minority citizen in the region has the ability to refuse to participate in the programs," said human rights professor Laura Murphy told The Information.

Because Apple hasn't disclosed the full list of the supply chain partners it uses, The Information separately confirmed the links to the Cupertino tech giant with public and internal documents, as well as interviews with employees.

The U.S. and other governments have accused China of committing a genocide against more than 1 million Uyghurs, a Muslim minority from the Chinese region of Xinjiang. China allegedly uses so-called poverty alleviation programs to subjugate the Muslims, assimilate them into Han Chinese culture, and rid them of their Islamic religious beliefs.

The Chinese government says that the programs are meant to lift Xinjiang residents out of poverty. Xinjiang has one of the highest poverty rates in the country. China also says the work camps in which Uyghurs are allegedly imprisoned are vocational and training centers established to prevent terrorism.

Apple told The Information that "looking for the presence of forced labor is part of every assessment we conduct in every country where we do business."

"Despite the restrictions of Covid-19, we undertook further investigations and found no evidence of forced labor anywhere we operate. We will continue doing all we can to protect workers and ensure they are treated with dignity and respect," Apple said.

In July 2020, Apple supplier O-Film Tech was among 11 companies accused of benefitting from those forced labor programs.

Apple at the time said it carried out a thorough review of its supply chain and found no evidence of human rights abuses. During an antitrust hearing in July 2020, Apple CEO Tim Cook told Congress that "forced labor is abhorrent," adding that Apple would "terminate a supplier relationship if it were found."

In December 2020, Apple reportedly cut ties with O-Film after learning that the company had actually participated in the forced labor program.

According to the report, hundreds of workers were sent to Luxshare Precision between 2017 and 2020. The company is one of Apple's most important supply partners, and makes both iPhone and AirPods models for Apple.

At least one Apple supply chain partner, Advanced-Connectek, was said to have run a factory on the edge of the Xinjiang deserts. Satellite imagery and further investigation indicate that the factory was next to a compound said to be a forced labor detention facility.

The industrial park where the factory was located is surrounded by walls and fences with only one entrance and exit. Researcher Nathan Ruser told The Information that "almost no other factories in Xinjiang have these characteristics except for industrial parks where there is detainee labor."

Apple's supply chain isn't the only one

Although Apple has reportedly dragged its feet when dealing with Chinese labor law offenders, the Cupertino tech giant isn't the only company with a supply chain that allegedly benefits from forced labor.

According to The Information, other U.S. and Western companies that work with the seven identified suppliers include Google, Samsung, Amazon, Tesla, Dell, Lenovo, BMW, Cisco, and HP, among others.

Other U.S. companies have taken lobbying action against legislation meant to prevent forced labor in China. Major firms like Coca-Cola, Costco, Patagonia, and Apple were said in November 2020 to be attempting to water down the Uyghur Forced Labor Prevention Act.

Apple's proposed changes to the bill included extending compliance deadlines, making sure some supply chain information is kept from the public, and requiring a U.S. government designation for companies that detain or surveil Uyghurs in Xinjiang.
«12»