AppleInsider
Posted: May 19, 2021 5:50PM
in iPhone edited May 2021
A Telegram founder says developing software for Apple feels like working in the Middle Ages, and calls anyone using an iPhone a "digital slave" amid Chinese surveillance accusations. 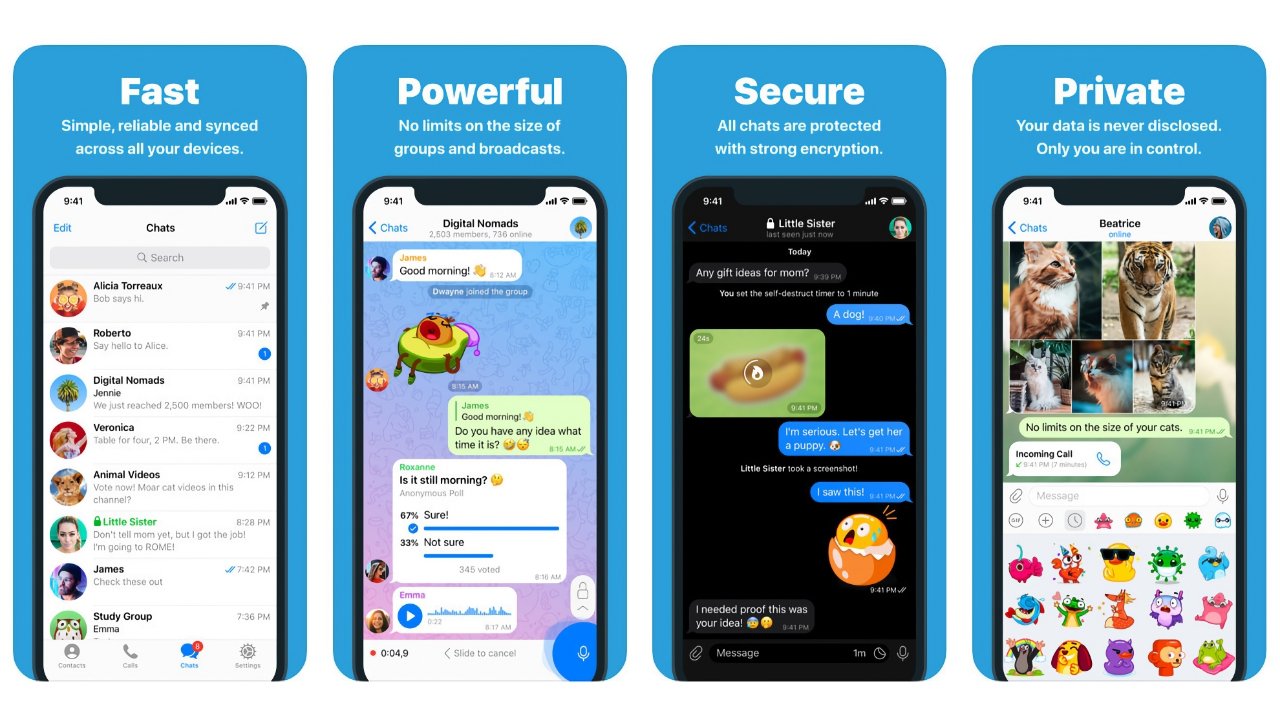 Telegram is a secure messaging app available across platforms

Pavel Durov is Telegram's founder and still works on the app for Apple platforms. He shared comments on the company in response to a New York Times investigation into Apple's relationship with China.

The comments were made on Durov's public Telegram channel and shared by a report from Android Central. His comments pile onto the accusations and negative commentary surrounding Apple during the Epic Games trial.

"Apple is very efficient at pursuing their business model, which is based on selling overpriced, obsolete hardware to customers locked in their ecosystem," Durov wrote. "Every time I have to use an iPhone to test our iOS app I feel like I'm thrown back into the Middle Ages. The iPhone's 60Hz displays can't compete with the 120Hz displays of modern Android phones that support much smoother animations."

It isn't clear what 120Hz versus 60Hz has to do with the Telegram messenger. The "obsolete" claim is questionable as well, as Apple's A-series processor still outperforms anything Android has to offer.

"You are only allowed to use apps that Apple lets you install via their App Store, and you can only use Apple's iCloud to natively back up your data," he said.

"It's no wonder that Apple's totalitarian approach is so appreciated by the Communist Party of China, which - thanks to Apple - now has complete control over the apps and data of all of its citizens who rely on iPhones," Durov added.

The Telegram founder has plenty of reasons to have a stance against Apple. In 2018, Apple pulled the app from its platforms over concerns surrounding the distribution of child pornography on the platform. In 2020, Telegram opened a complaint with the European Commission over antitrust concerns.

Later, Apple was sued by the Coalition for a Safer Web for not removing Telegram for the same reasons as Parler.

Apple has been under the spotlight for its compliance with some Chinese laws. Many reports have accused Apple of using Chinese manufacturers that utilize Uyghur slaves. Apple has denied all accusations of compromising security of Chinese users and the use of slave labor.