AppleInsider
Posted: March 16, 2019 12:12PM
in iPhone edited March 2019
Apple Senior Vice President of Worldwide Marketing Phil Schiller made an appearance on a podcast on Friday, with the executive discussing the 30th World Wide Developer Conference for nearly an hour. 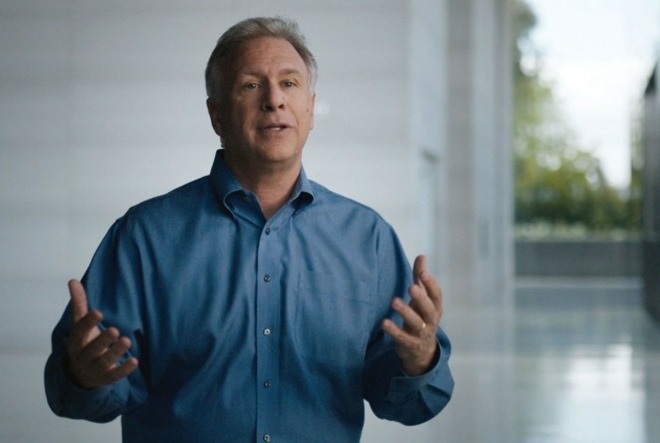 The Accidental Tech Podcast with presenters and developers Marco Arment, Casey Liss, and John Siracusa hosted Schiller, in a recording published on Friday night. Topics were mostly limited to WWDC, and Apple's focus at the event.

"We think about the audience for the keynote at WWDC as really three unique audiences. That opening audience is developers, it's customers, and of course it's the press," said Schiller. "We love that more than any other event we do."

He added that "it gives a chance to give people a chance to really, really run with the content," referring to Craig Federighi's presentations in recent years.

Schiller pointed to the "State of the Union" presentation right after the keynote as a venue for Apple to get more in-depth for developers, with the rest of the week delving even deeper into the technology.

Through the whole interview, Schiller was obviously enthused about the forthcoming WWDC.

In reference to Apple paying attention to customers, Schiller mentioned that they read forums, and hit Apple-centric websites "as much as possible" -- and are always listening.

Schiller appears during the first hour of the two-hour podcast, with a diversion into high-performance cars in the last 15 minutes of his appearance.

Developers can apply for tickets for WWDC 2019 through March 20 at 5 p.m. PDT through the WWDC website. Tickets are issued through a random selection process, and developers will be notified of their application status by March 21 at 5 p.m. PDT. Others can live-stream the conference on the WWDC app for iPhone, iPad, and Apple TV as well as through the Apple Developer website -- And AppleInsider will be providing coverage from not just the keynote live, but the remainder of the gathering as well.

Up to 350 WWDC scholarships are available in 2019, providing students and members of all STEM organizations an opportunity to earn a free ticket and lodging for WWDC. Details on how to apply are now available on the WWDC website.

Apple will undoubtedly show developers what will become "iOS 13" and "macOS 10.15." The awaited redesigned Mac Pro may make an appearance as well, similar to how the iMac Pro debuted.