AppleInsider
Posted: December 28, 2019 9:36PM
in iPhone
Apple is continuing to highlight the high-speed capabilities of the iPhone 11's front-facing camera, by releasing four videos showing how a 'slofie' could be taken on the smartphone with a wide variety of different results on the same theme. 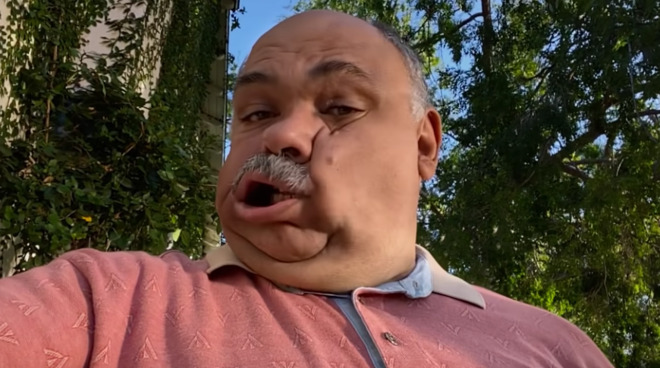 Introduced at the launch of the iPhone 11, a "Slofie" is the same as a self-portrait "selfie," except that instead of bring a single shot, it's actually a slo-mo video of the subject. Combining "slow" and "selfie" in a portmanteau, it takes advantage of updates to the front-facing camera, which allows it to record at 4K resolution at up to 60fps, and in slo-mo at up to 120fps.

The four videos published to the official YouTube account on Saturday show how the concept can be explored in different ways, while also pointing out how making the videos can be funny. The first has a man with loose skin move his face from side to side, with the slofie capturing the wobbling jowls.

The second has a man dancing under a sprinkler, simultaneously advertising the iPhone 11's water resistance.

A third is a group slofie where three girls move around a smoke-filled and neon-colored room, which turns out to be a walk-in freezer at a store.

The fourth is not new, as it is the same video Apple itself played to the audience at the launch of the iPhone 11. In it, a girl in front of a foil backdrop has air from a hairdryer blasted at her face as she moves around.