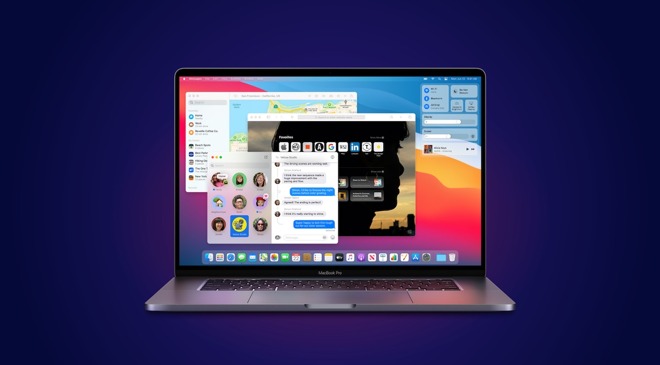 First announced at Apple's Worldwide Developers Conference in June 2020, macOS Big Sur has been in development since then. There were more than 10 beta builds since its announcement, and a version number bump to macOS 11.0.1. The release in November comes about two months after Apple issued the public versions of iOS 14 and its other software updates.

As of Nov. 12, macOS Big Sur is now available for any Mac user with compatible hardware to download and use. Here are all the new features and changes included in the operating system update. 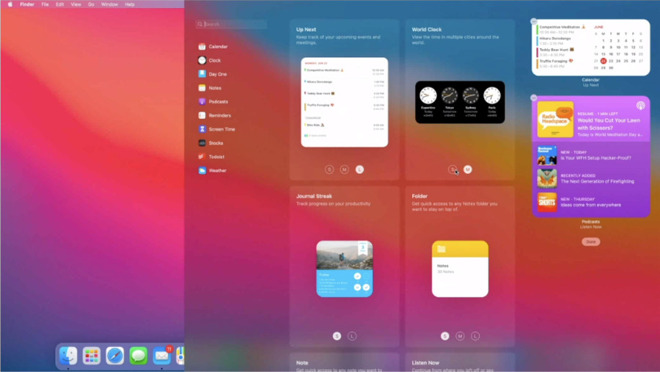 The refreshed design of macOS Big Sur borrows a lot of elements from iOS.

One of the most major new features of macOS Big Sur is an overhaul of the Mac operating system's aesthetics. There's a completely new UI design, with updated icons and interface elements.

That includes new macOS icons that more closely resemble their iOS counterparts, but that still maintain their Mac-like "personality." In the menu bar, which is now translucent, there's also a new customizable Control Center -- another port from iOS.

Apple has also nixed the Notifications menu bar option and replaced it with a Notification Center. When entering the center, users can then select Notifications or Widgets -- which, again, also work like iOS.

Lastly, Apple has also given its Mac sounds and alerts an update. They are described by Apple as "recognizable, but fresh," and the new sounds also include the classic Mac boot chime. 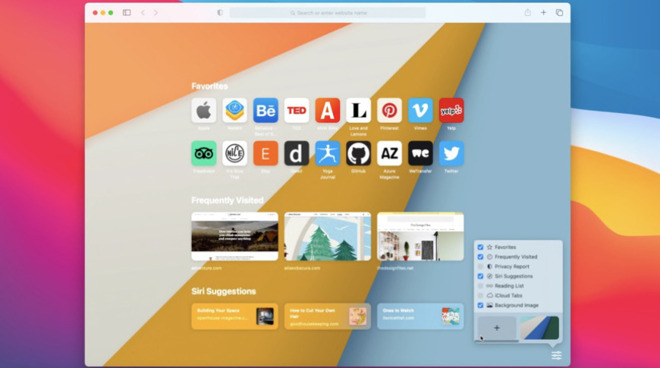 Safari has been updated with a new start page, broader extensions support, and new privacy features.

Some of the biggest app changes in macOS Big Sur apply to Apple's flagship browser: Safari. For one, the native browser has been optimized to be much faster and smoother. Apple says that it's up to 50% faster than Google Chrome when running in the new operating system.

As with other elements of the UI, Safari's design has received an update, too. It now features a customizable start page that can be tweaked to a user's liking.

Apple has also added favicons to page tabs, and has placed a greater emphasis on third-party extensions. Developers can, for example, use new tools to port existing Chrome extensions into Safari. There will be a beefed-up extension gallery that users can browse.

As Apple is wont to do, there are privacy enhancements, as well. A new Privacy toolbar icon can be clicked to show a full report of web trackers on a webpage, as well as statistics about which trackers have been blocked in the past 30 days. 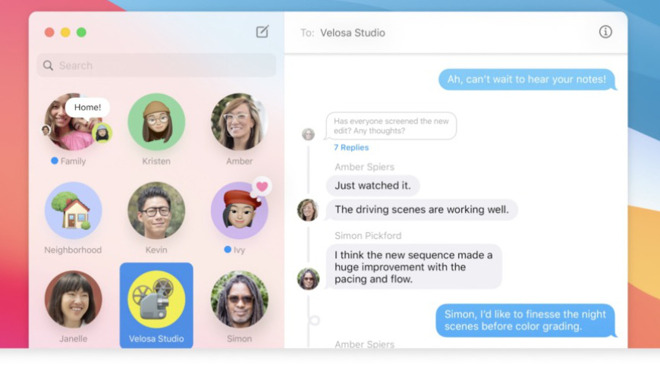 Messages in macOS is now much more like its iOS counterpart.

Besides Safari, Apple Messages also received a significant update in macOS Big Sur. Although it has historically lagged behind iOS, Apple has now made the macOS Messages platform much more like its mobile counterpart.

It's now a Mac Catalyst app, meaning it packs all of the features of iOS 14's Messages. That includes pinned conversations, group chat functionality, and an enhanced search function.

Apple has also added message threading and mentions for users in group conversations. There's a redesigned photo pickers, the ability to pin conversations to the top of the list, and assignable images for group chats.

Memoji customization has received an update, too, with expanded options and stickers. 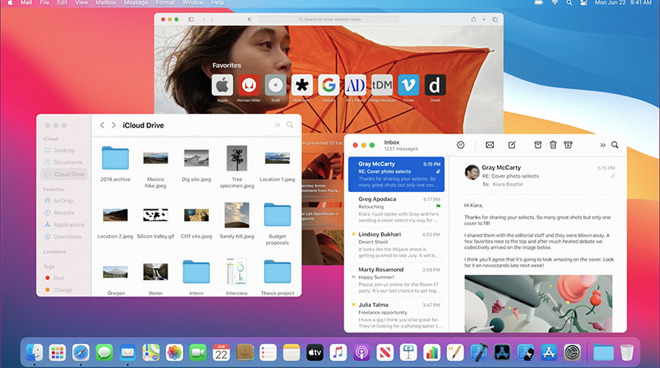 There are also wider changes to other apps and system features in macOS Big Sur.

Apple has also updated Apple Maps with support for Look Around, indoor maps, Guides, and Share ETA. Users can also generate cycling directions, as well as routes with charging stations for electric vehicles. All routes can then be sent to an iPhone.

As far as other features, Apple has given some other apps and system functions incremental updates. They include:

One of the most significant details about macOS Big Sur isn't a feature that users can take advantage of necessarily. Instead, it's a suite of under-the-hood changes to pave the way for Apple Silicon.

As Apple announced during WWDC 2020, the Cupertino tech giant is moving its Mac products away from Intel processors toward chips that it makes itself. In other words, Apple Silicon like the kind that power iPhones and iPads.

In addition to a Developer Transition Kit, Apple is also making a number of tools available to make the transition to Apple Silicon a bit smoother.

Those include a new version of Rosetta that will allow users to run Intel apps on Apple Silicon; a new universal binary that works on both Apple Silicon and Intel Macs; and virtualization support.

Which Macs are compatible with macOS Big Sur?

The macOS Big Sur update is compatible with the following Mac devices.