AppleInsider
Posted: April 24, 2021 7:36PM
in iPhone edited April 24
The luxury leather brand Hermes has introduced a fourth option in its AirTag accessory range, one that is only available from the company's own store, along with a new leather iPhone 12 case. 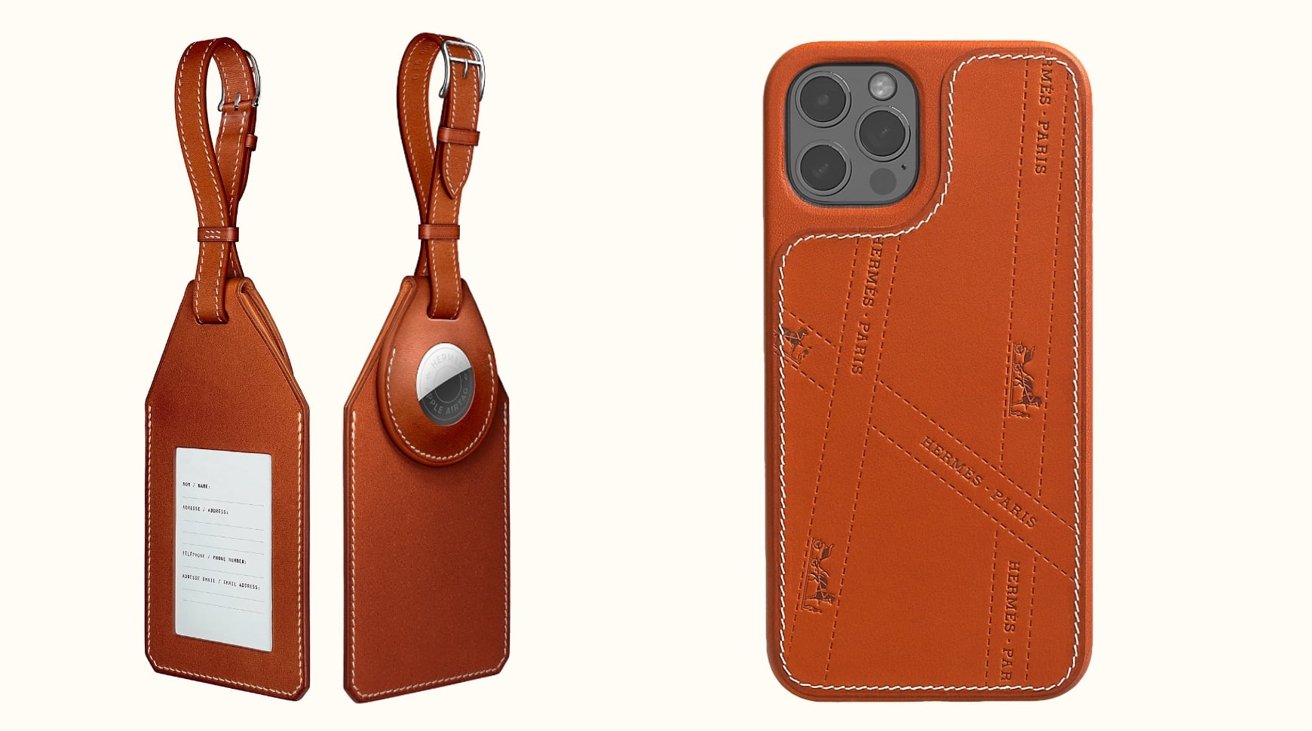 As part of Apple's AirTag launch, a raft of accessories were also announced, giving consumers many different ways to carry around the tracking device This included Hermes, which currently offers three options through Apple's online retail site.

However, Hermes' own store offers one more AirTag option that isn't available from Apple, and can only be bought directly. As spotted by Robb Report, Hermes sells the AirTag Travel Tag.

Like its other variants, the Hermes AirTag Travel Tag is a leather holder for an AirTag, which is supplied complete with an exclusive etching of the Clou de Selle signature. However, rather than just holding the AirTag, the Travel Tag also includes a windowed section to add contact details that are visible, similar to other tags used for suitcases while on the move.

Made from Fawn Barenia calfskin, the Travel Tag shows the AirTag at the rear, with the metal engraving clearly visible.

The Apple AirTag Hermes Travel Tag costs $699, including the AirTag itself, and is available for preorder with shipments starting from April 29.

The Hermes-exclusive tag is the most expensive version produced by Hermes. The variants sold by Apple are cheaper, with the Bag Charm priced at $299, the Key Ring for $349, and the Luggage Tag for $449.

At the same time, Hermes has also made available a leather case for the iPhone 12 and iPhone 12 Pro. The Bolduc Case with MagSafe is a Fawn Barenia calfskin case that is claimed to offer robust protection for the iPhone.

Snapping into place on the iPhone with embedded magnets, it supports MagSafe and is compatible with both Apple's charging accessories and standard Qi chargers, like other cases.

On the back is the "Bolduc" hot stamp, which is said to refer to the "iconic ribbon wrapped around Hermes orange boxes."

Available for preorder with shipments set to start from April 27, the case is priced at $570.

The case and AirTag accessories join a new Apple Watch band style that launched on April 20.
«123»