AppleInsider
Posted: October 31, 2018 11:32AM
in Current Mac Hardware edited December 2019
You asked for it and you got it, now let's see if you buy it. The new Mac mini is a fine machine but it's time to find out whether its fans are numerous or just disproportionately loud versus the market it is aimed at. 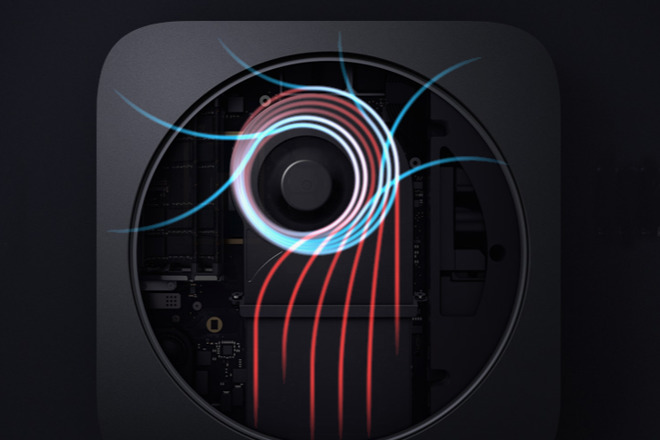 It may have taken Apple 1,475 days to update the Mac mini, but now it has. The new machine is what you would get if you took nearly every wish of the "professional" Mac mini fan in the world and wrapped it all up in space gray plus 100 percent recycled aluminum.

Only, the Mac mini is a stubborn little computer. You can tell us that before this update, the old Mac mini was being trounced by even cheap Windows machines and we wouldn't disagree. It's been beaten by everything else going and yet people who buy Mac minis hang on to them for an extraordinarily long time.

That is a sign that the Mac mini is a very good product. People also talk about it a lot, which would be another sign but for the chatter is always about how it needs to be improved, or Apple is doomed, or Steve Jobs would never have allowed such a thing -- the latter two being utter nonsense. 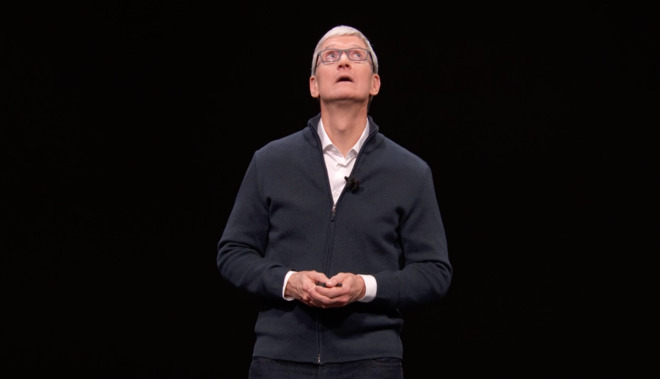 Our first thought when Tim Cook made reference to a "small but mighty computer our users are waiting for" was obviously that this was the Mac mini. Yet our second thought, before the first was really finished, was that maybe this would put an end to complaints about Apple abandoning markets.

It should be the end of the conversation, but it isn't. With this one announcement, Apple should have both quietened Mac mini fans and those who think the company is abandoning professional users in favor of consumers. That's it, job done -- but somehow you just know that the best it's going to do is give Apple a tiny respite.

Sometimes the argument is specifically that Apple is only interested in consumers because it won't make a more powerful Mac mini. Other times the argument is specifically that Apple doesn't care about consumers or it would make a better Mac mini. We've yet to hear both arguments simultaneously but it's come very close and we may just have glazed over before it reached that far.

Take the argument about abandoning professional users. Before the October 30 event, a Mac mini would've cost you $499 and you've have got a 1.4GHz machine with 4GB RAM and a 500GB hard drive. Since the event, you do start out at $799 but you get a quad-core Intel i3 3.6GHz machine with 8GB RAM and 128GB SSD storage.

That's not including the fact that the new Mac mini comes with Thunderbolt 3 USB-C connectors alongside HDMI 2.0, Ethernet, USB 3 and a headphone jack.

It's not touching the fact that you can upgrade to a six-core Intel i7 processor running at 3.2GHz with 64GB RAM and 2TB SSD plus 10 Gigabit Ethernet. That'll cost you -- if you want to max out the Mac mini you'll have to pay $4,199 -- but you can do it.

This new Mac mini is unequivocally a professional tool.

Now take the argument that Apple is abandoning consumers. You can't usually have things both ways but this time the answer is precisely the same. This new Mac mini with its base configuration is a consumer tool.

Maybe this is a perfect illustration of why the terms pro and consumer don't matter or at least are not mutually exclusive. This one Mac isn't designed for the entire range of users but a consumer who buys today is not going to have to throw it away tomorrow when they become pro users.

You're a pro user if you need or want a fast machine to make money with, and are willing to pay for it. If that's you then you're also likely to want to protect that investment by being able to upgrade the machine later. We're not saying that to then claim it's unreasonable: we're saying it to point out that, hello, the Mac mini is upgradeable.

Specifically, the RAM is. Apple says the RAM in the new Mac mini is socketed SO-DIMM and that means that within limits, you will be able to buy more memory at any time. It has to be compatible and it can't exceed the Mac mini's 64GB ceiling, but it doesn't have to be from Apple and that is always a rather gigantic savings.

True, you're stuck with the storage that you buy when you order and it's not possible to put a greater capacity or faster drive later. Yet this Mac mini doesn't come with old-style SATA storage running at 550 MB/sec. This is at least four times faster in theory and in our experience, SSDs like this are in practice six times faster.

Then, too, you are also stuck with the processor that chose at time of order. You won't get any disagreement about that from us. Except that hoping to swap out the processor when the entire machine is designed around that from technical, electrical and thermodynamics seems less professional and more like tinkering for the sake of it.

And, nearly nobody does it. Nearly nobody has ever done it, and Apple hasn't given explicit ability to do so since well before the second coming of Jobs.

If you find yourself needing a faster processor in a couple of years, buy the version of the Mac mini that Apple sells then, since either you've already made your money back from a professional standpoint, or your cost of ownership is less than a dollar a day.

Last year we got the iMac Pro. This year we've got the Mac mini, a pro machine in all but name. Some time in 2019 we'll get the Mac Pro.

Also this year, we got a 12.9 inch iPad Pro with 1TB storage and which under the right circumstances can drive a 5K external monitor. It's also got an Apple A12X Bionic chip which the company claims "makes iPad Pro faster than most PC laptops."

Alongside all of these professional tools there are consumer ones to match. There is the basic iPad from $329, there is the iPhone XR from $749, and there is this new Mac mini from $799.

Insofar as it ever has and probably ever will, Apple is addressing both the consumer and the professional market. Or as we'd rather see it, the casual user and the heavy-duty one.

So let us please just abandon the complaints that Apple is not serving this market or that and instead concentrate on the far more important issues facing us all, such as why there wasn't an iMac update at this October 30 event.