AppleInsider
Posted: December 26, 2020 8:08PM
in iPhone edited December 2020
After openly mocking Apple for omitting the requisite charger from the box of the new iPhone 12 line, Xiaomi's CEO has confirmed that the company will also drop the charger from the upcoming Mi 11 smartphone. 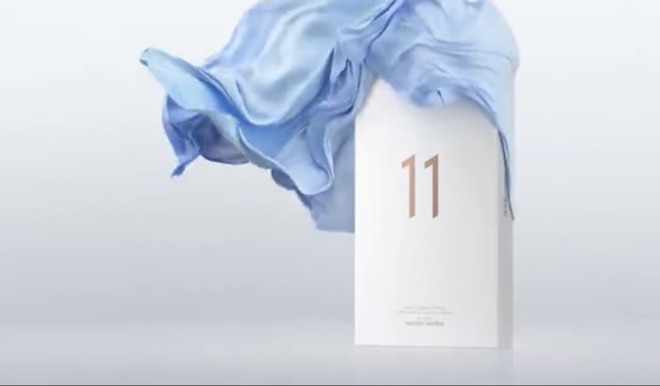 The new Xiaomi Mi 11 won't include a charger

Xiaomi CEO Lei Jun confirmed on the Chinese social media site Weibo and first spotted by The Verge, that the electronics company would be ditching the bundled power brick in the Mi 11 citing environmental concerns. Jun goes on to say that users already have a surplus of chargers and that the charger would be "canceled" for the Mi 11 device. 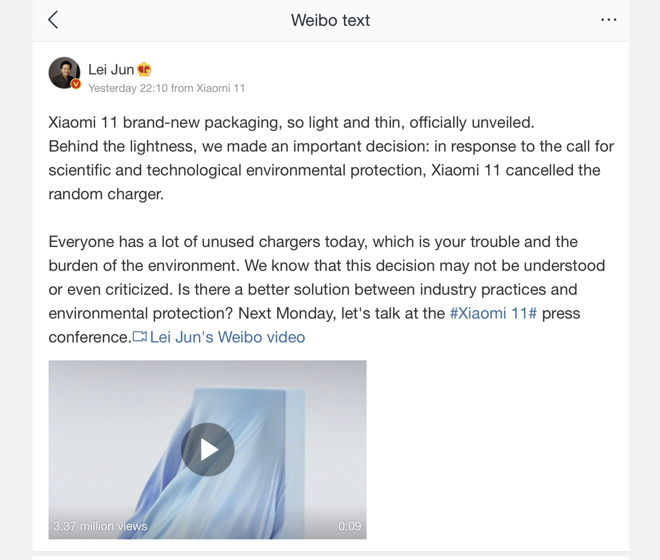 It comes only weeks after Xiaomi derided Apple for the same act. Not long after Apple launched the iPhone 12 line, Xiaomi tweeted that it "didn't leave anything out of the box" in regard to its own Mi 10T.

Xiaomi isn't alone in taunting Apple in this matter, then reversing course. Samsung too touted its in-box charger on social media before removing the offending post and back-peddling to not include a charger on the S21.