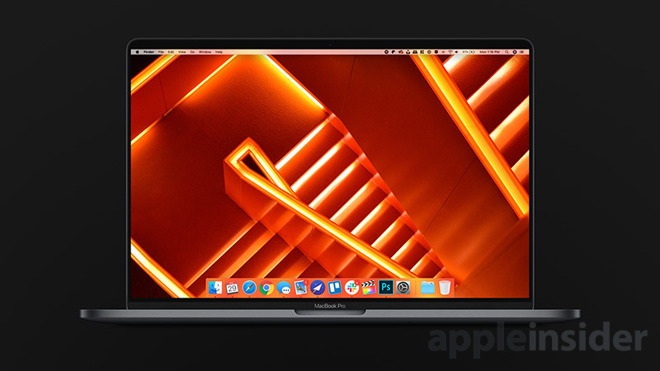 The 16-inch MacBook Pro has been rumored to make an appearance soon for some time. As with other rumors for unreleased products, predictions about the device's launch are starting to circulate once again, buttressed by reports of media briefings being held in New York City, and other locations.

According to a tweet from Bloomberg's Mark Gurman on Monday, the release of the 16-inch MacBook Pro will take place "this week." A later tweet suggested multiple people mentioned the existence of briefings on Tuesday, and the lifting of review embargoes on Wednesday, with people questioning when Apple will officially launch the model.

Meanwhile, a report from 9to5Mac on Monday corroborated the claim of Apple's closed-door media briefings on the 16-inch MacBook Pro, including providing hands-on demonstration time and presentations to members of the press.

While the reports of an imminent launch are seemingly promising, this is the latest in a number of rumored announcement timings for the model. Earlier rumors put the production of the 16-inch MacBook Pro in September and October, with insinuations a launch of the model would take place in the same months, but to no avail.

Given Apple's history of not launching major hardware changes so close to the end of the year, so as to not interfere with holiday season sales, it seems extremely unusual for Apple to go through with the launch, if the rumors turn out to be right this time.

According to sources of IDC in a report for Forbes, production is underway with "early signs" from the supply chain for an announcement, but the timing "is still uncertain." The firm also anticipated an announcement in October, but "it didn't come to fruition."

Current rumors propose the 16-inch MacBook Pro will use a refresh of Intel's Coffee Lake-H mobile processor series, continuing from the line used in the 15-inch MacBook Pro. A new scissor-switch mechanism is believed to be in use for the keyboard.

The screen will feature a new "ultra-thin bezel design" to keep the physical dimensions of the notebook down despite the girthier display size. The resolution has also been tipped be in the ballpark of 3,072 by 1,920, up from the 2,880-by-1,800 used in the 15-inch model.

One image leak from the second beta of macOS 10.15.1 Catalina seemed to indicate the model will have a discrete Touch ID sensor next to the Touch Bar strip above the keyboard.

It is believed the model will also be equipped with a 96-watt USB-C power adapter, which would be a step up from the 87W version but remain the same size. The wattage is coincidentally the amount of power delivery offered by the Pro Display XDR via its Thunderbolt 3 port.