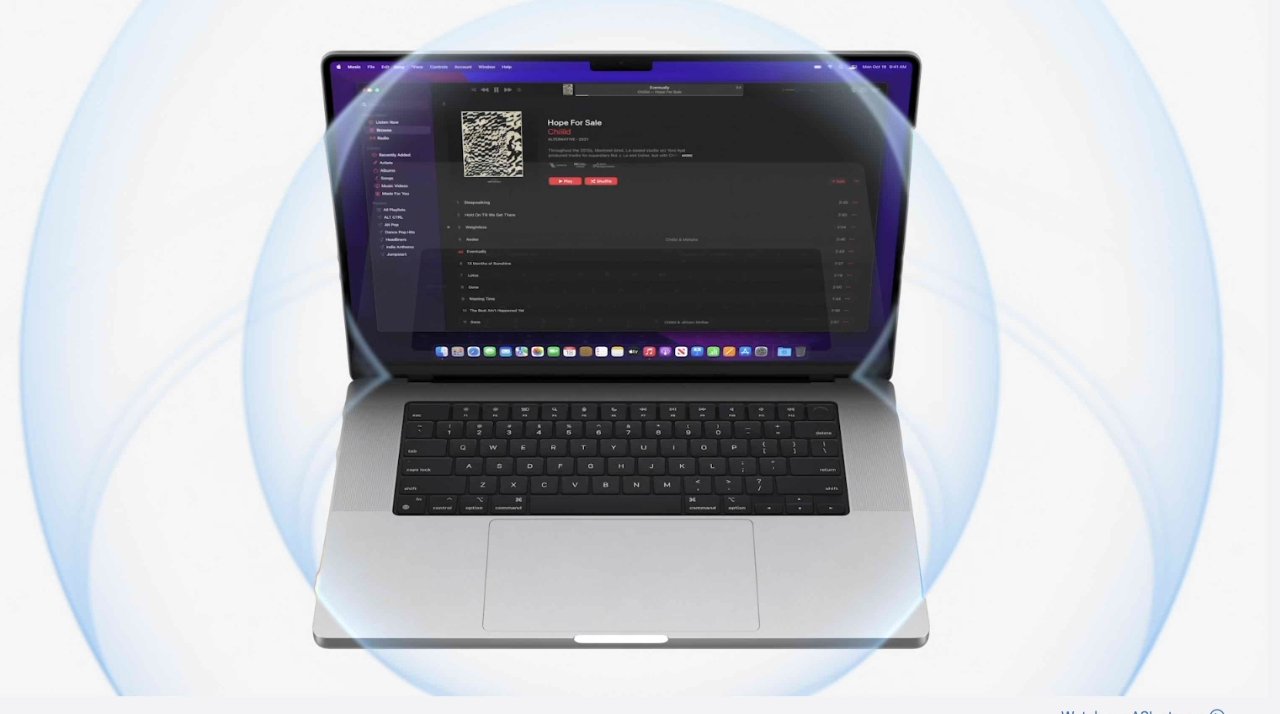 As widely expected, Apple used its "Unleashed" event to continue its two-year effort to bring Apple Silicon to all Macs. The 16-inch MacBook Pro, last updated almost two years ago, had remained one of the few Intel Macs left.

Championed as a return to form when that Intel one launched, the 16-inch MacBook Pro had already brought a larger screen and replaced the disliked butterfly keyboard. Now with M1 Pro and M1 Max, it has stepped up its performance, too. 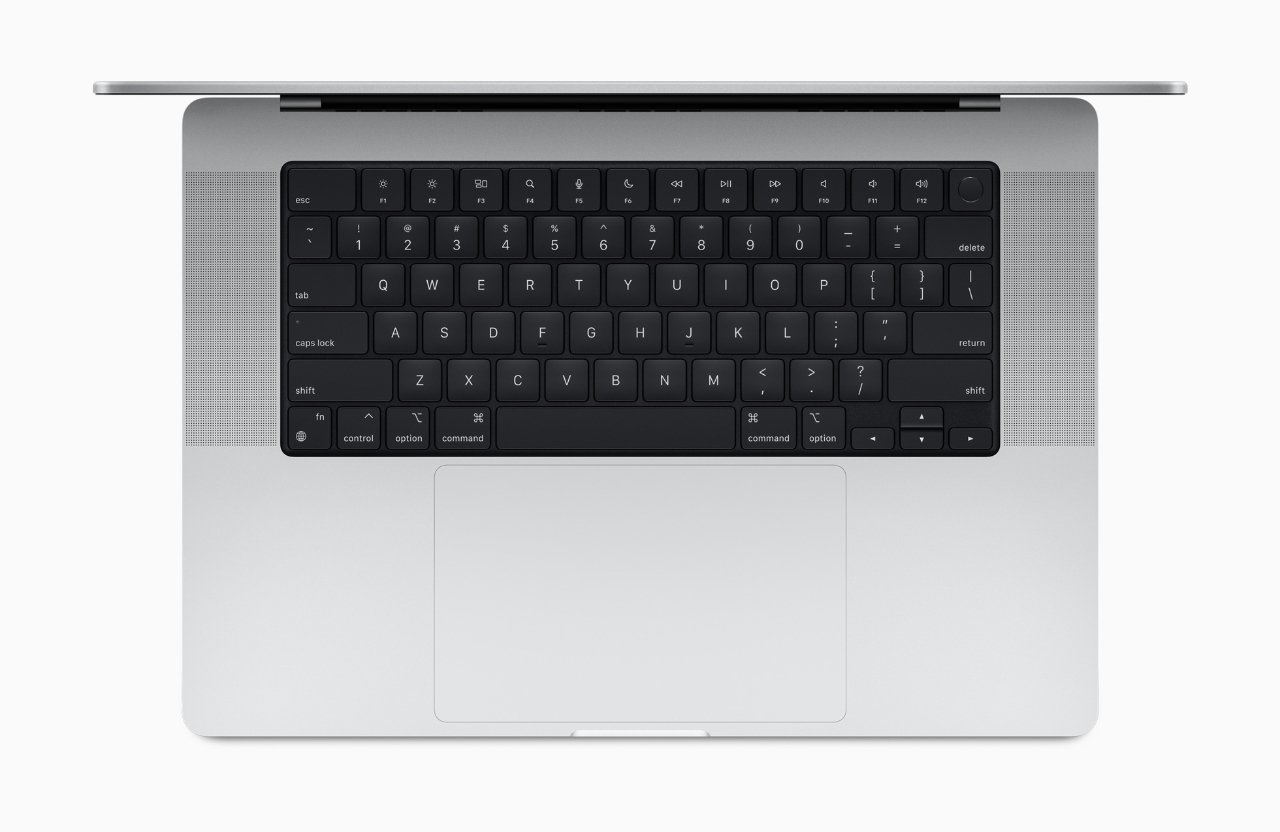 The newly redesigned keyboard of the 16-inch MacBook Pro

"The all-new MacBook Pro adds a breathtaking XDR display, more ports like MagSafe 3, an advanced 1080p camera, and a sensational six-speaker sound system, all in a stunning new design," he continued. "The new MacBook Pro simply has no equal and is by far the best pro notebook we've ever built."

The Touch Bar is gone, replaced by a full-size function key row. There is also a wider Escape key, and the whole keyboard now has a black background instead of the space gray or silver of the chassis.

As expected, Apple has added an HDMI port and an SD card reader. In addition, it features three Thunderbolt 4 ports, plus MagSafe 3, an updated magnetic power cable, which supports fast charge.

Apple claims that the 16-inch MacBook Pro gets up to 21 hours of video playback, or 10 hours more than before. It's the longest battery life ever seen in a Mac notebook.

The display is a Liquid Retina XDR display featuring mini-LED. It provides 1,000 nits of constant brightness across the whole screen, and can reach a peak brightness of 1,600 nits. 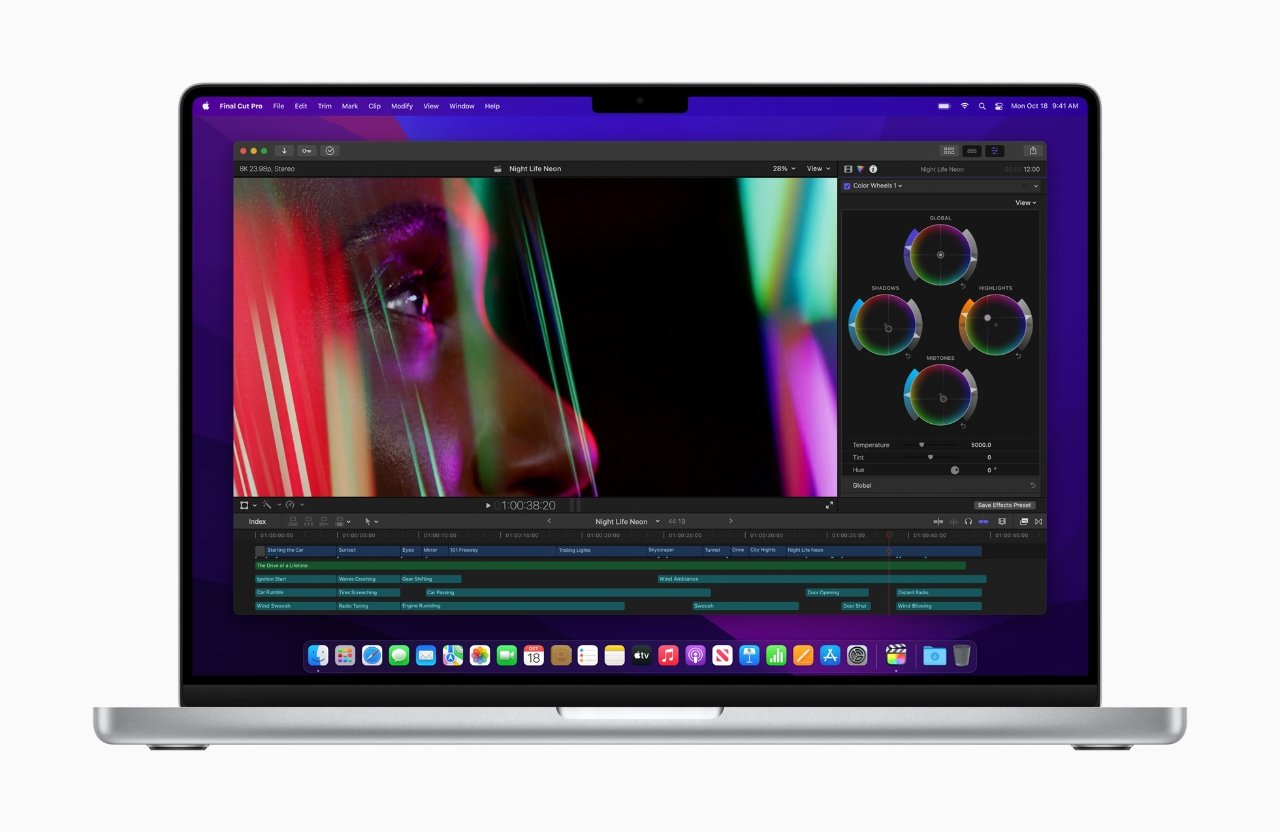 Apple is taking orders for the new MacBook Pro today, October 18. They will be available beginning October 26.

This story is breaking. Update frequently for the most current information