Some users find scuffs, nicks on newly-purchased iPhone 5s [u]

AppleInsider
Posted: September 21, 2012 4:45PM
in General Discussion edited January 2014
An increasing number of iPhone 5 owners are reporting scuffs and other signs of damage to their newly-purchased smartphones right out of the box, with some miffed customers taking to the web in what is being dubbed "scuffgate."

Update: iFixit has posted a video testing the "scuffability" of the black and slate iPhone 5 versus the last generation iPhone 4S. The test does not reflect normal day use, however it does appear that Apple's newest device is more easily damaged by other metal objects. Video embedded below.

According to complaints posted to various forums and social media sites, a limited number of launch-day iPhone 5 units are being delivered straight from the factory with scuffs and dings.

While the exact percentage of affected iPhones is unknown, the issue appears to be significant enough to warrant its own hashtag on Twitter. The tongue-in-cheek "#Scuffgate" is a callback to the iPhone 4's "antennagate" controversy which saw the then-new handset ship with an antenna design flaw that affected cellular performance.

Most of the reports are coming from users who bought the black and slate iPhone 5, which some claim is due to the anodizing process that colors the handset's aluminum backplate. The speculation may be unfounded, however, as a number of white and silver units have also been affected. A more likely explanation is that both versions are affected equally, but the damage is more noticeable on the black and slate model as the scratches reveal the underlying silver-colored "raw" aluminum, a stark contrast to the anodized outer layer.

The cause of the damage is unknown, however similar reports of dings and scratches surfaced when the new iPad was released in March, possibly hinting at a manufacturing process flaw. 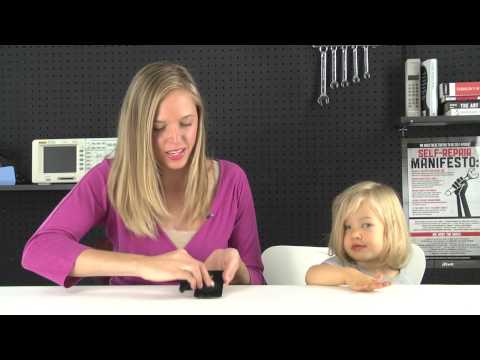